The problem was a fault with the DG834N – several faults actually.

Despite being only 18 months old – and conveniently out of warranty – parts of it where corroded. Not a good sign.

Plus, one of the internal transmitters had dropped off, presumably because the glue didn’t hold.

And, most damningly, the third transmitters was AWOL, missing.

The ()’s on the manufacturing line hadn’t even fitted all the transmitters and QC where obviously asleep because they passed it. Unless it was a deliberate cost saving decision. :S

Either way, I’m a bit miffed about this. I will get another of the same model because generally Netgear stuff is excellent – but not before I tear them a strip! 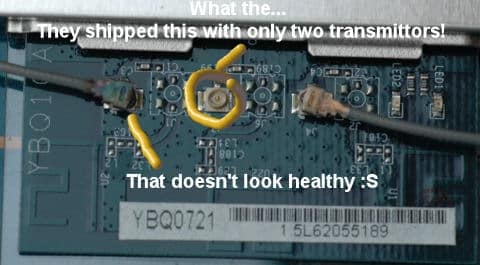 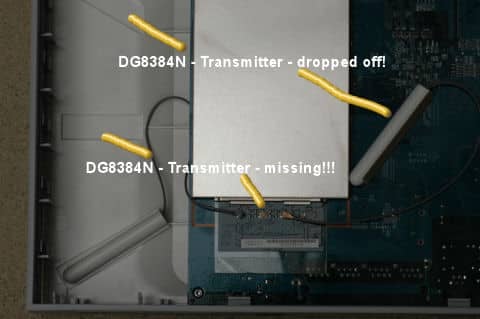 I’ll add more when I see what they have to say about themselves!