Advertising on and with Ackadia

Note:
I am currently messing around with Google Analytics G4 and have added automatics Google ads to see how they look, how they work etc. In all likelihood, I’ll rip them out again as I just don’t like Google, but for now, if you see such ads, they are Google’s hellspawn!

That is to say, advertisements in place: there are NO placement or affiliate ads on this site.

I fully support the use of adblockers, and browsers (such as Opera) that include a built-in adblocker.

I used to like Google Adsense, in the early days, before they got greedy. I did recently add it back, at the minimum (auto) setting. Intrusive as heck, so I’ve ripped it out again. Adsense was generating all of about £1 a month, so hardly worth the trouble. Might have another look another time.

I might have a play with Amazon ads again for the same reason. Never going to cover the cost of hosting, but it helps – a tiny bit.

That said, extra layers of security etc are not cheap, with optimal setup, I ideally need close to £2,000 a year to maintain this site. I will consider adverts if they fit. Read on.

Ackadia used to be quite popular. It had up to 100,000 unique visitors a month (back when few people had internet), a Google page rank of 7 and an Alexa rank of around 50,000 or better. That was many years ago though and various health issues resulted in the site plummeting to obscurity as work here slowed and eventually ceased. Still, it has been here for over 20 years and I’m starting to rebuild the place again, albeit slowly.

I’m sure if you are using due diligence you’ll validate the ranking independently, but at present, especially as I have ripped out thousands of pages to work on them, the traffic and demographics are unreliable and frankly dismal. This though should improve and solidify in time.

Update 2021
Still nowhere near what it could be if I tried, but it has been rising month on month since I started writing again, with an average of 300 unique visitors a day now, rising to over a thousand a day at the peak. Mostly for the same old pages, but it counts. See below. 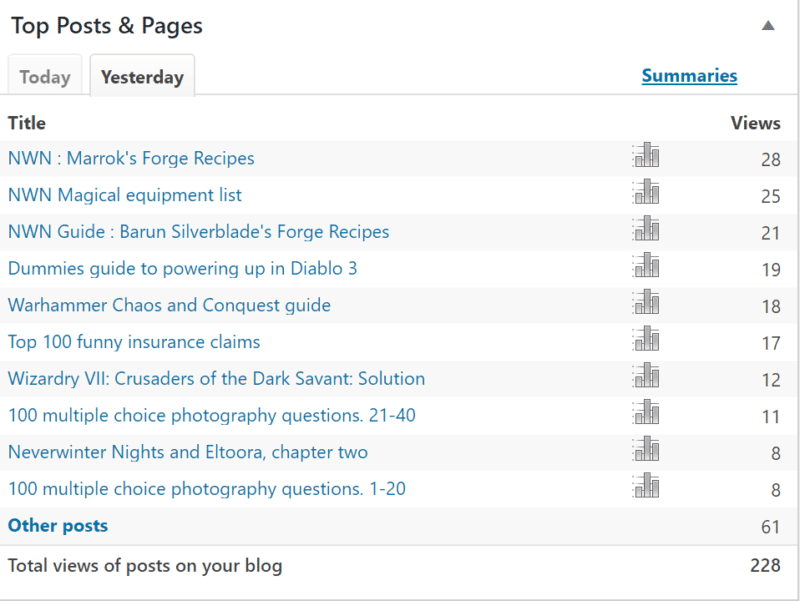 Certainly, over 2,000 uniques a month, based on my Quantcast logs

Please note that I will disclose any sponsored links, posts and advertorials as such and apply Google’s rel=”nofollow” ruling to paid links.

A few reasons really. Firstly because I only write about things that interest me (or bug me!) and that I think may equally interest visitors here. However, paid links and adverts allow a bias to creep in, or at least the question of it, thus I want to be clear.

Secondly, even for a small web site like this, advertising is covered by laws and rulings from the governments and bodies such as the FTC and the ASA.

Then there is Google

Personally, I think Google are hypocrites*, however, they are the ones with the near-monopoly and have decreed that webmasters follow their rules or face their wrath and risk getting *blacklisted!

*(As evidenced when Interflora et al tried their luck and Google blew a gasket. No desire for them to flex my way, thank you!)

So, bearing all the above in mind, these are the advertising rates for sponsored posts and links, Payment in advance, none negotiable:

Vertical ads: would require adding a sidebar to the site, which I’d rather not, thanks, I like the one column look! That would be £250 a month, £2,500 per annum

Permanent* advertorial post (you supply *fresh copy): £50
*(N.B: Permanence conditional on it being unique to this site, and not copied verbatim or with minor changes to others!)

Permanent advertorial post (I research and write copy for): From £100

Sizes and positioning above are based on and assume a regular monitor, with a resolution around 1600×1200, sizes and position will, of course, move and scale down accordingly with mobile devices such as tablets and smartphones.

I recognise the need for advertisements to cover costs, but if doesn’t mean I have to like their presence. If in doubt, ask. As a rule of thumb guide, I don’t like clutter, nor should you. Payment is in advance by Paypal, cleared cheque, or Amazon vouchers.