Moved to Rocket.net and saw immediate improvements, with some of my test scores on mobile jumping from D, 44 to 54% to A, 97%. Desktop scores jumped to 90 to 100%, depending.

One problem is Siteground (currently) uses php 7.4, which, while stable, is old and slow, and as of next month unsupported in any way. To be fair Rocket.net default to 7.4 (WP Engine use 8.x), However, with Rocket.net, you can instantly change it to any version you prefer, like 8.0 or 8.1.

On the surface, Siteground was and is decent (at the introductory price, but the renewal price, not so good value for money). Easy to use, quick for development, but when it comes to serving pages to visitors there are questions about server speed and a certain notoriety with regard to TTFB (Time to First Byte, basically how fast the server gets it’s act together). For Siteground, I was seeing 1 to 2 seconds (with a tested average of 1s globally), making it up to 6s to load a mobile page for me. It’s now just under 3 seconds for mobile and under a second on desktop.

I’m not bashing Siteground for the low end of the market, with caveats. I found it far better and far more reliable than say Bluehost or Hostgator, for instance. At about £110 a year for the intro offer, it’s great, if you are hosting several small sites. However, after the intro, it jumps to over £300 and they rely on people being too lazy to move.

Energy companies, telephone, ISP’s like Virgin Media, many hosts, many other corporates do exactly the same. Basically – and this is how it is – they reward new customers to get them signed up. But the minute the offer period is over, you are just fodder. They have no loyalty to you. Why do you think such companies have complex sign-up agreements and penalties if you try to leave?

Honestly, this business approach is just like phishing spam. They send out a million emails and if only 0.01% fall for it, they call it a win. For the legitimate bait and hold practices, they lure you in with “introductory offers” and rely on enough staying. They have no true loyalty to their customers, you are just bankrolling the company. A better, more honest way would be to have a set price and offer discounts for renewals. To reward royalty.

Big business today is all about psychological manipulation!

Bit of messing around and a few days of downtime because Cloudflare was interfering with the migrating, but we got there in the end.

I was using Siteground anyway for other sites, and while I was happy with WP Engine’s hosting and service, you have to count the pennies these days, and moving saved me £288 a year (£240 plus VAT). To get the same support in terms of the number of sites and storage, WPEngine costs almost 10x as much for the same thing (£1,816 plus VAT a year). They are a little faster, but they absolutely are not 10x faster. Whistles and bells come extra, needless to say.

With whistles and bells (like WAF), with WPEngine, you are looking at about £3,250 a year (£2,713 plus vat). You can slide the figures about, but with Siteground’s BusinessPlus cloud computing that would get you something like 16 cores, 16Gb ram and 400Gb of storage. If I were doing websites as a business instead of a hobby, then I’d probably go back to WPEngine, or at least give Siteground’s cloud a trial.

In subjective terms of working with it, (i.e. creating a new post, writing, previewing, playing with the layout) there’s no discernible difference. As a very casual blogger, 10x cheaper works for me! However, in terms of “how fast does ‘this’ site load (in tests) on mobile, on desktop?”, then you are taking a hit with the saving. Swings and roundabouts.

It should also be noted that Siteground have ended their partnership with Cloudflare and you cannot use them. Siteground do have their own CDN offering, and their overpriced, underwhelming “premium” CDN. That’s a hard pass from me. I walked away at this point.

Well, that last update did not last long!

Got sick of downtime and the site getting slower and slower with Bluehost – despite upgrades – so I’ve moved instead to WP Engine. Few niggles, as all moves do cause, especially in the first few days while you are rattling doors and looking under floorboards for stuff, but it’s getting there. Feels a lot faster anyway, not just loading, but writing and updating content.

Early days yet, but as it stands, I feel WP Engine as the best I’ve ever used, better even that the dedicated servers I’ve had, which is saying something.

You can find longer posts, and more than a few rants by searching Ackadia for individual posts on “server updates“.

Can’t actually remember the exact specifications of the latest upgrade ( 🤦 ), but while it’s still only a shared server option, it’s boasting an allocation of something like 2 CPUs (up from 1), 6Gb of RAM (up from 2GB), and a dedicated IP address. Faster anyway.

Every time I move servers or web hosts someone or something tends to go out of their way to aggravate me. This was no exception.

As I commented here – hosting irks – WordPress.com was decent, reliable. Solid even. It was fast, secure, and had some rather desirable includes, like the full version of Jetpack, which otherwise costs rather a lot – so the business option for WordPress.com is priced accordingly.

Times like this I really miss having control of the server, root access, sFTP, ‘cos backup plugins are generally poop!

– the default WordPress backup is utter garbage and not fit for purpose
– Vaultpress, is expensive and not without quirks
– and most of the plug-in alternatives are flawed in various ways.

I know ‘cos I tried several of the best. “Son, your best ain’t good enough!”

Like backups (used by over a million people!) that won’t actually restore,

Or – and this in my favourite – backups that decide to “interpret” your code.
(WordPress does that as well, sometimes. It can stop it too, thank you!)

DO NOT INTERPRET MY DAMNED CODE WHEN IT’S CORRECT!

– then when I look again I want to see that on the page and in the text code.

What I do NOT want to see is a bullshit string of foreign characters and symbols that have been dragged kicking and screaming from the the extended ascii range 128 to 255. Stuff like hyphens and ellipsis turning into garbage such as â€¦

So, until May or June when I have more time to go through around 600 posts and 10,000 pages of code, there remains many pages with broken image links and vomited characters.

Apologises for the ugly look, moved server hosts and the restore was unable to link the (1,000s of) images to the relative posts, so I have to do it manually re-add them, and work on the layout and design. It will take some time as there are currently over 500 posts to repair! 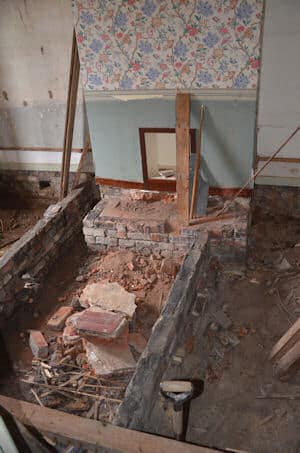 Apologies for the mess, got the builders in!

Moved hosts again, place is a mess, again. I do so hate how messy, unstructured and generally sloppy these framework sites like WordPress are. Old school, you write locally, upload with FTP and job’s done. WordPress and the ilk have this really horrible system of using dates.

Here’s an example. I write a webpage, point to an picture in the directory /cat-pictures and no matter what, unless I mess around, the two are always links.

Now, take WordPress. You do an ‘export’ to backup the site – only it leaves all the images and everything else behind, and it’s down to you to find a way to recover them. (There are methods, but we’ll come to that in a minute). So, I dutifully backup the site, import into the new host – and find I have to manually upload all the images again. And their system is date based. You add a picture in May 2013, that’s where it is. But when you move hosts and put the picture back it’s now in a folder called March 2018 – and any links to the image are broken. It’s a pain in the arse to fix!

You can, for instance, use paid services like Vaultpress to do automated backups (wholly recommended too!) but if you move from a self-hosted WordPress_org blog to one with wordpress_com, you find hey aren’t compatible, you can’t do a full restore.

So yes, I’m now busy clearing up the mess. Again. Every image link (numbering thousands of lines of code) on the hundreds on pages in the blog is broken and I have to manually find and restore the images, then edit the code to point to the new repository with crappy file structures like /2018/03.

Decided between other projects to finally revamp this place and have moved from a VPS to a dedicated server. Might take a while for everything, so please bear with me for a bit if you are a regular. If you are new, well, hey there! Umm, find a seat without concrete dust on it, I’ll get you a coffee in a sec. That’s if I can find the kettle in all this mess.

If you are curious how much I’ve got to do:
Despite not being prolific on here in for the past decade, a file search just gave me over 3,500 individual pages to convert over, and while a number are barely a few lines and need purging other, like the [ walkthrough to Wizardry VII ] run to a table heavy, 25+ page printout. Another of the ‘pages’ was nearly 90 A4 pages long before I broke it up. Might take a few days, eh! Well, months, possibly up to a year, there really are thousands of pages to work on!

As it’s a fresh start, I’ve replaced the shared server with a mid range VPS from Hostgator. I was disappointed that this option doesn’t include Fantastico, but it’s no great hardship to buy a licence and install it from the WHM panel. Did have a problem with .php sites not loading, but an hour of live chat with support traced it to permission issues and he normalized them. As you can see, I am up and running again. The blog and gallery need customizing and re-populating. but I’ll get on with that over the weekend.

(Needless to say they got put in, more less, and are being updated again now)