After Beorunna’s Well
After meeting several dragons, none of which tried to eat me on sight, I have finally fully accepted the draconic side of my nature, embracing the magical side of my heritage. I embraced the rewarded treasure just as firmly, acquiring as I have the choicest items from the hoards of ancient white and red wyrms, and choice items from other dragons for my aide.

I have now fully transformed into a half-dragon – helped in no small part by bathing in the blood of the ancient red, Klauth after I hacked off his head. I feel far stronger and the scaly, leathery skin has settled into a soft, supple hide of tiny bronze red scales, iridescent almost. Far from being revolted, Linu and Sharwyn swear the appearance adds to my charm, enhancing me with an air of mystery. I’ve also become fully immune to flames, much to my relief as the fire I’ve been belching lately is substantially hotter and I’ve burnt my lips a few times more than I’d like.

My singing is getting better too! 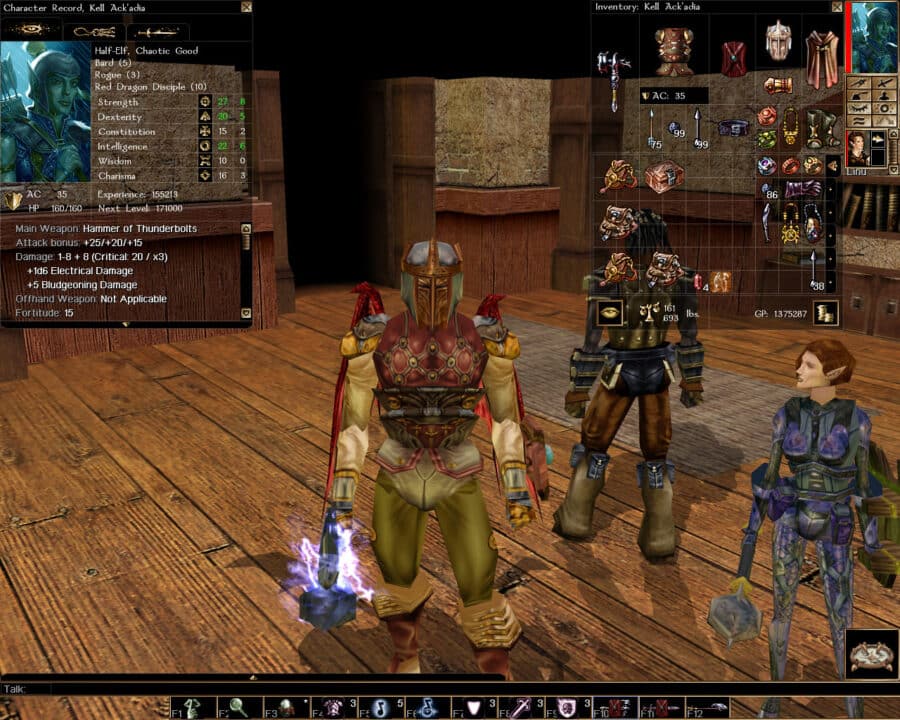