After North Road and Mutamin’s Challenge
All expenses paid, own room, promise of several thousand gold for helping translate a few dead languages and ask around, I’m good for that. Getting rather good at haggling for prices when I fence all the amulets and runic weapons I keep finding. Folk have no idea of the value of some of the things they dump!

After a liberating talk with a warrior woman I got drunk and in a fit of bravado entered some dungeon challenge, sponsored in part by blood thirsty nobles scrying our progress. Have at the traps, brave the denizens. No-one mentioned the ruddy spiders. I swear one was the size on a cottage, it was HUGE.
*Shiver*
I really don’t like those skittering things lunging at me, all hairy legs and dripping venom. Still, they say what doesn’t kill you makes you stronger and I’m certainly a lot tougher than when I faced by bloated arachnid in the crypts. 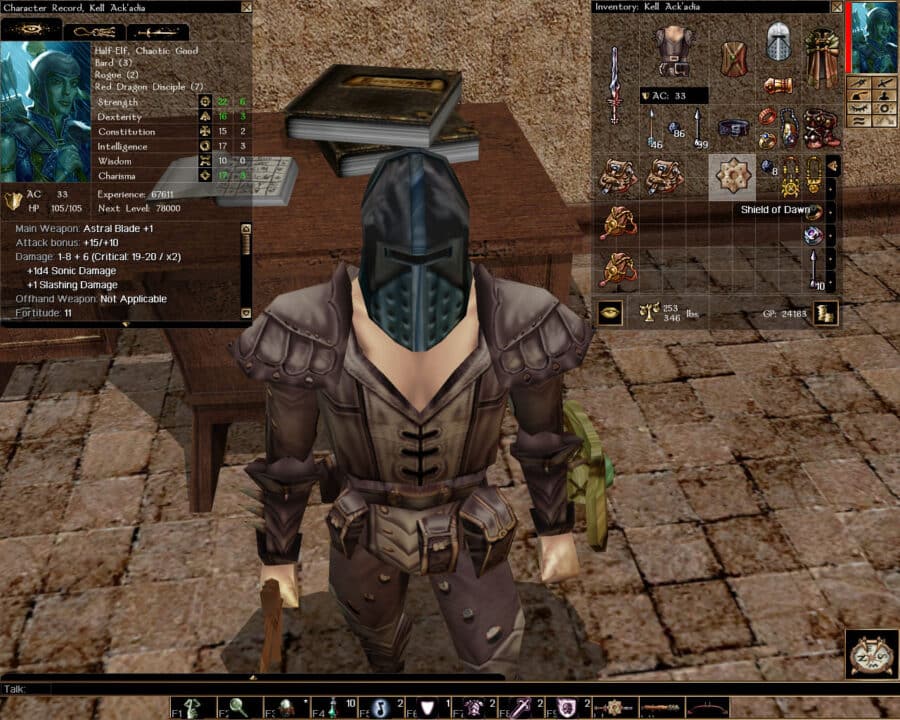 After Port Llast and surrounding areas
OK, that’s it, I’m cutting back on all the magical potions I’m drinking when I’m out risking life and limps for these clowns. Times like this I wish I’d stayed with that dancing troupe! Wings, I ask you! I thought my armour felt uncomfortable; next thing I know I’ve got wings sprouting out my back. I wouldn’t mind if they were even useful, but they lack the strength to lift me. Wings are for flying, not ruining a perfectly good, not to mention almost priceless suit of enchanted leathers. All I can say is I’m glad I wasn’t wrapped in steel like some spit and polish knight-in-arms.

Added to this, I swear my skin is getting scaly. Either that or I’ve caught yet another unpleasant disease from all this unhygienic places I’m being sent too. On the positive side I seem to need less sleep and answers come easier to me. One can only hope the wings will strengthen in time, I rather like the idea of flying away from danger instead of running like a fool in speed enchanted boots! 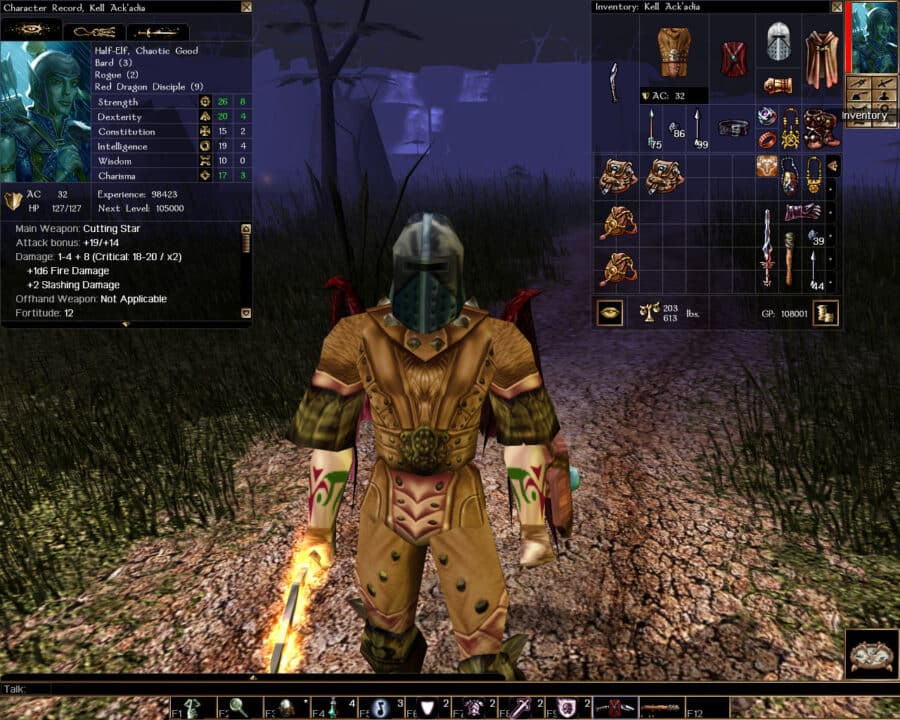 After Luskan
Enter the Luskan Tower of Sorcery, we’re right behind you…
Right! Like they were when I was dodging wererats, ghouls and worse in the sewers…
Supping temple wine and eating sweetmeats from silvered plates while I creep around some psychotic wizards den. If they even glance avariciously at this Daystar sword I found I swear I’ll belch and toast them on the spot.

Made a few contacts in the underground here, with a network stretching all the way south to far Calimshar and sold all the artifacts I found ‘discarded’ in locked and trapped chested in some pirate captain’s quarters and throughout the Tower of Sorcery. And don’t be here when I get back, sayeth the disposed Lich. Not ruddy likely, I’ve just sold everything worth spit for a dragon’s fortune in gold and precious gems, just keeping a few back for my own use. 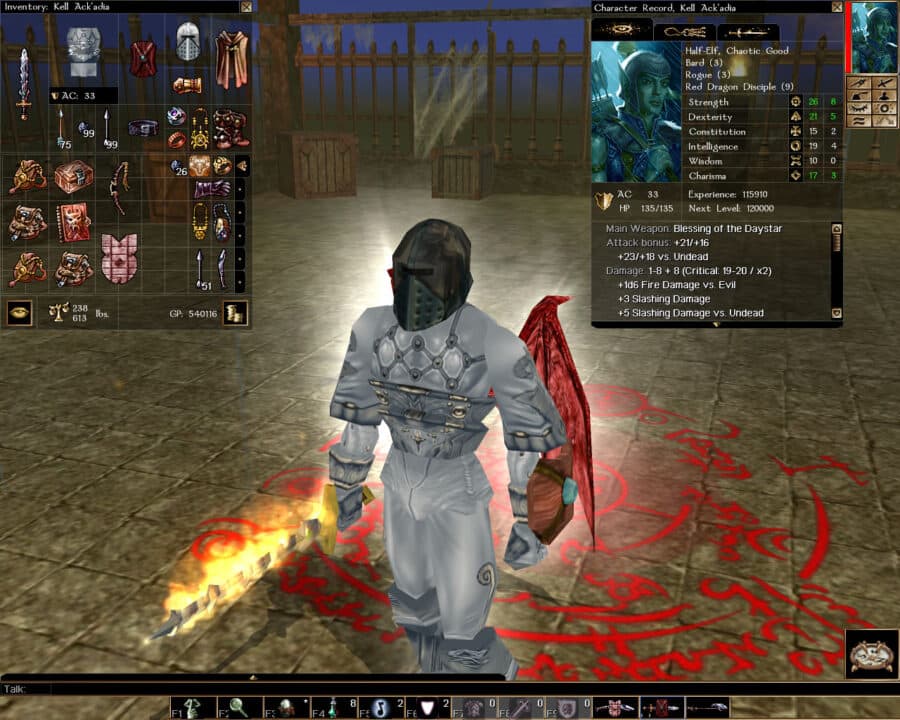