The Adventures of Kell Ack’adia

"Kell Ack’adia is a teller of tales, a loremaster, and a lousy musician. Though good-natured and friendly at heart he is rather amoral and not beyond interpreting laws and rules to suit the chaotic duality of his own view of the world."

On the promise of fame, glory and no small fortune to buy more tomes with, I ventured north to Neverwinter to lend what aide I could…

OK, that plague is nasty, and there are city guards with enchanted crossbows ensuring academics like myself don’t try to slip over a wall and risk spreading the disease. Blast, guess I’d better stay and help then!

After Prelude
Can’t have a minute. Sheesh. The facility was attacked by festering undead, manic mages and a horde of goblins. I can’t get out the pox-ridden city and yet this flea-infested lot can saunter in, armed to the teeth. Spent a whole day running and hiding and blasting them in the face with the rod of frost I’d earned.

Still, found a decent enchanted shield on one large goblin, and a magic amulet left unattended on the top of a beer barrel. I’ll get a few gold for the latter!

Kell after the Prelude:

After Beggar District
Help out in the Beggar District indeed. The place was alive with undead, if that’s not a misnomer. Still a number of mercenaries were available for hire. I hated parting with the gold, but it worked to my advantage and one reprobate called Tomi taught me a great deal about the nature of locks and traps.

I’m currently weighed down in scale armour too. It really interferes with my spell casting, limited though it is, but seeing the number of zombies I’d run from… Invested in a nice short sword too, enhanced by a dwarven runesmith to daze opponents for a moment. Also discovered a few enchanted gloves, cloaks and weapons, several of which I sold for a fortune. On top of this haul was a great pair of magic rings from my hired aides, rewards for discovering documents they sought. 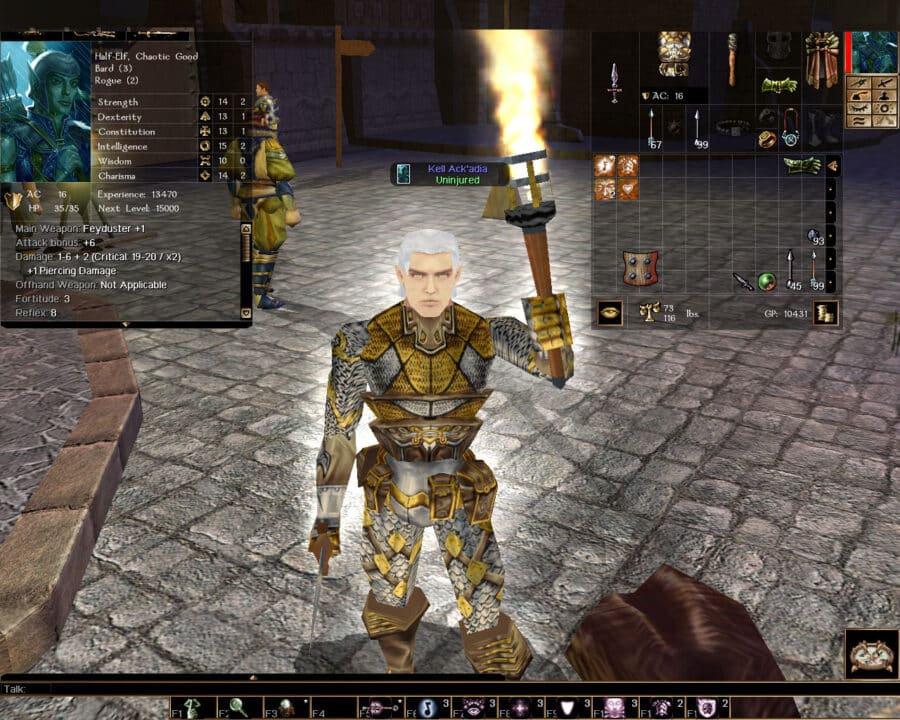 After Docks District
As if hordes of worm food trying to pull my limbs off wasn’t enough, the docks (and any chance of slinking off on a boat) were even worse as every thug and cutpurse saw me as an easy mark. Teaming up with a half-breed barbarian soon whittled them down in size and number. Also earned me a strength enhancing amulet from Daelin, for liberating his mother’s broach from a pirate ship.

All the stress from the constant reality of imminent death fired up the sorcerous side of my nature, making me even stronger, though I’m sure my skin feels tighter, almost leathery. When this is over I really, really need a long soak in a salt bath! 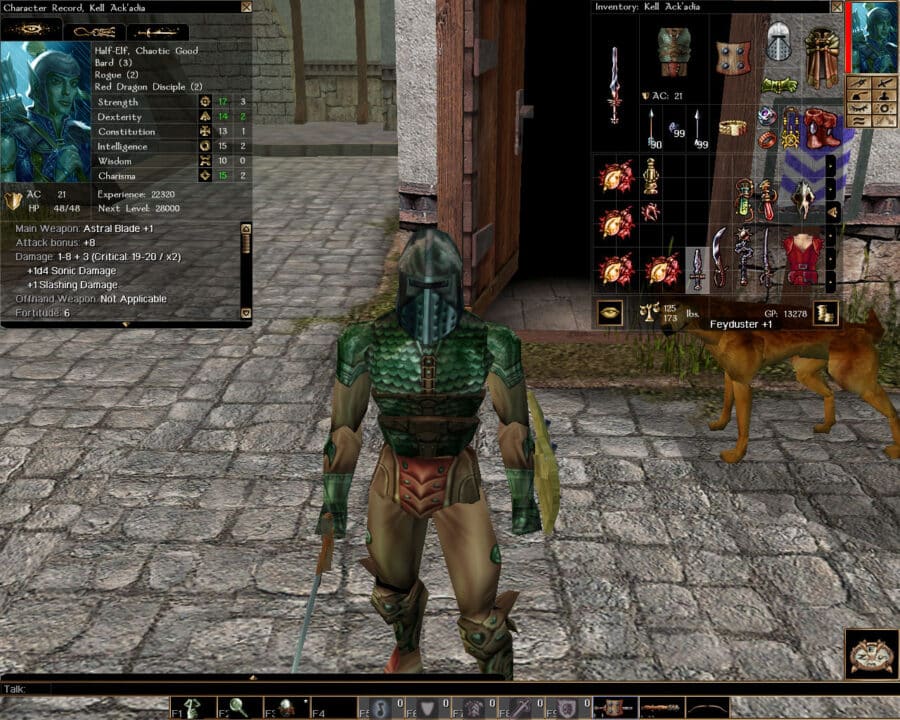 After Peninsula District
Spend a week helping – with extreme prejudice – persuade the escaped convicts it was safer to return to their cells and stay there. Once, after one particularly harrowing encounter with some brain sucking horror they sought, I got roaring drunk, belched and set fire to part of the Militia headquarters. Seems I can do it at least once a day now. What was I drinking!? 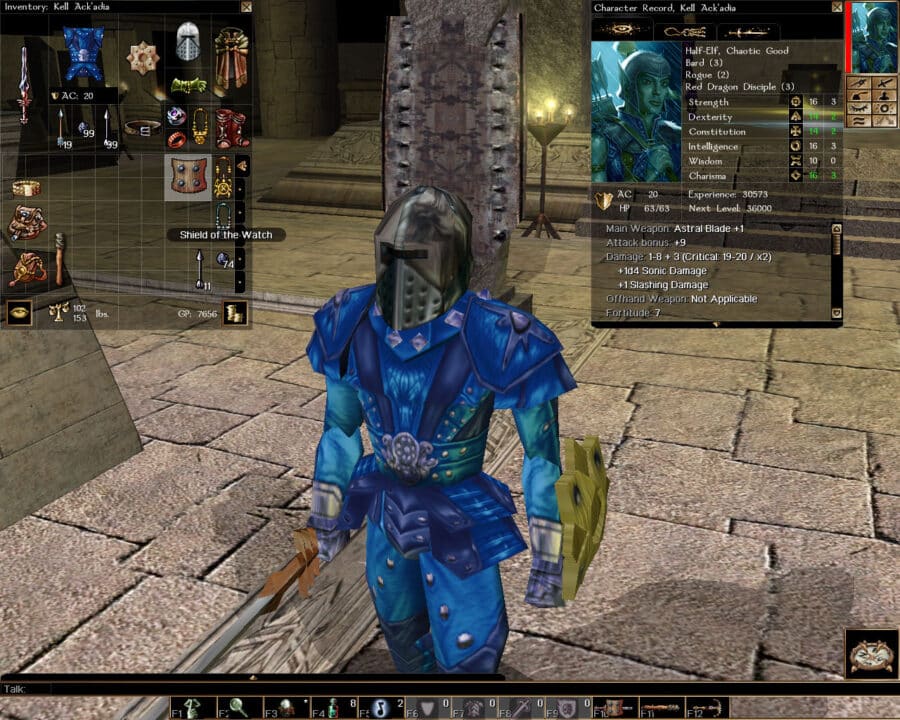 After Blacklake
What it is with rich folk and guards. As soon as you enter to ask a few civil questions on the request of the Lord of the city they try to cut your head off! Still, knocking a little sense into them, and a little stuffing out of the more stubborn ones has toughened me up a bit. 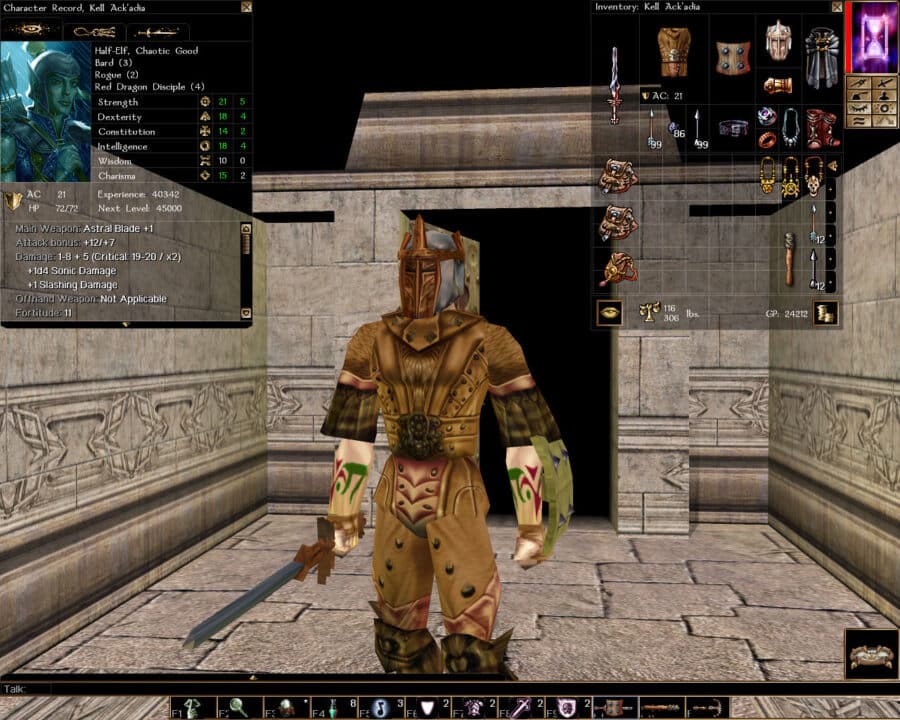 After Helms Deep
Sod’s Law really, the clerics finally make the cure for the plague and the head preacher runs off with it. All this time trying to sneak out of the city and then it’s, Well, what are YOU waiting for, portal out of the city after him
Nooo way, there could be a score of them laying in wait and they want me to jump in blind!
*Mutter*
No matter, they point out, I can stay here and risk a long, lingering death from a withering disease. Some choice…

Twice damned edifice was full of walking dead men. I hate them almost as much as spiders. This cowl I bought from the dodgy dealer in the docks offers protection from poison but nothing from disease. I swear my skin feels leathery since developing an unpleasant condition, after some dried up thing clawed me. Times like this I wish I had that clumsy cleric along, but oh no, no time to send a runner for the lady Linu.… Still, liberated a few rather nice enhancing bracers and a vicious looking kukri. I’ll have to learn how to use this thing. 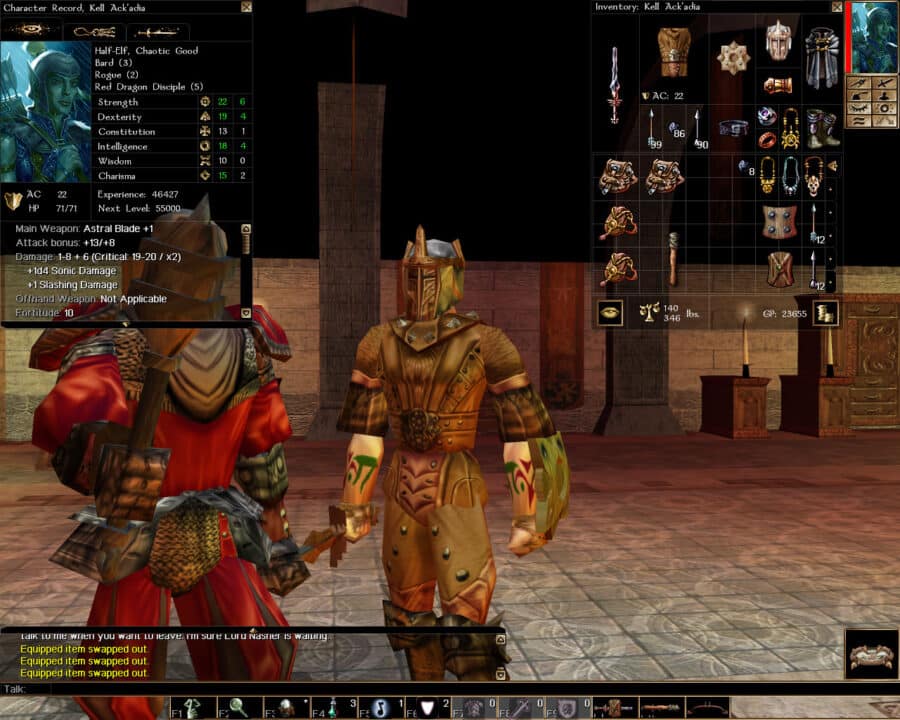