Not sure where I’m up to on a day by day basis but for the past few weeks I’ve just limited myself to adding a few of those that follow me, rather than actively trying to build up the numbers.

I’m at about 3,700 now, without trying hard and know that without even trying hard I can add the maximum if 1,000 a day if I wasn’t fussy about not wanting all the spammers and affiliate marketers and sundry parasites.

Seeing a number of gits lately that follow you, get a follow back – then unfollow you a day or two later. These I return the favour too!

Also seeing a lot of spam lately for followers – even more than usual. This normally takes the form of:

“Get 10,000 following with (affiliate link)”
The software in question invariably ask $97, or $197 or even $497 and makes often ludicrous claims, like having over a million followers.

Yet – for obvious reasons – they give no link to their @twitter account, or there will give a graph PROVING their claims – err, a graph with the account name blocked out… Riiiight!

If I remember I’ll add a few screengrab of these clowns, but it’s not the point. The simple fact is the vast majority of these sites have only one or two things in common. One they are multi-level pyramid scams whose only use is to inflates the starters following and/or it’s a money scam for dodgy software that, even if it works, if liable to violate the Twitter API conditions and get banned. Then start-up under another name, maybe with a slightly different interface.

To prove my point for few days I’ll accept all the affiliate spam parasites, MLM scum and related undesirables – and possibly treble my following to as high as 10,000 or so in the course of the next week!

My first thought was to follow all my (followfriday) friends but that has a few flaws:

1) Ewww, no, that’s just creepy stalking!
2) It would get really spammy for all concerned
3) Most probably wouldn’t follow back anyway and even if they did they would soon unfollow due to the 2) factor.

So, I will work on the autofollow factor – manually, of course. Watch this space!

Several hour later Piggin’ time consuming, partly because Twitter keeps throwing a hissy fit over the large number of adds, and equally because even greatly lowering my standards, most of the accounts on Twitter are frankly unsavoury. 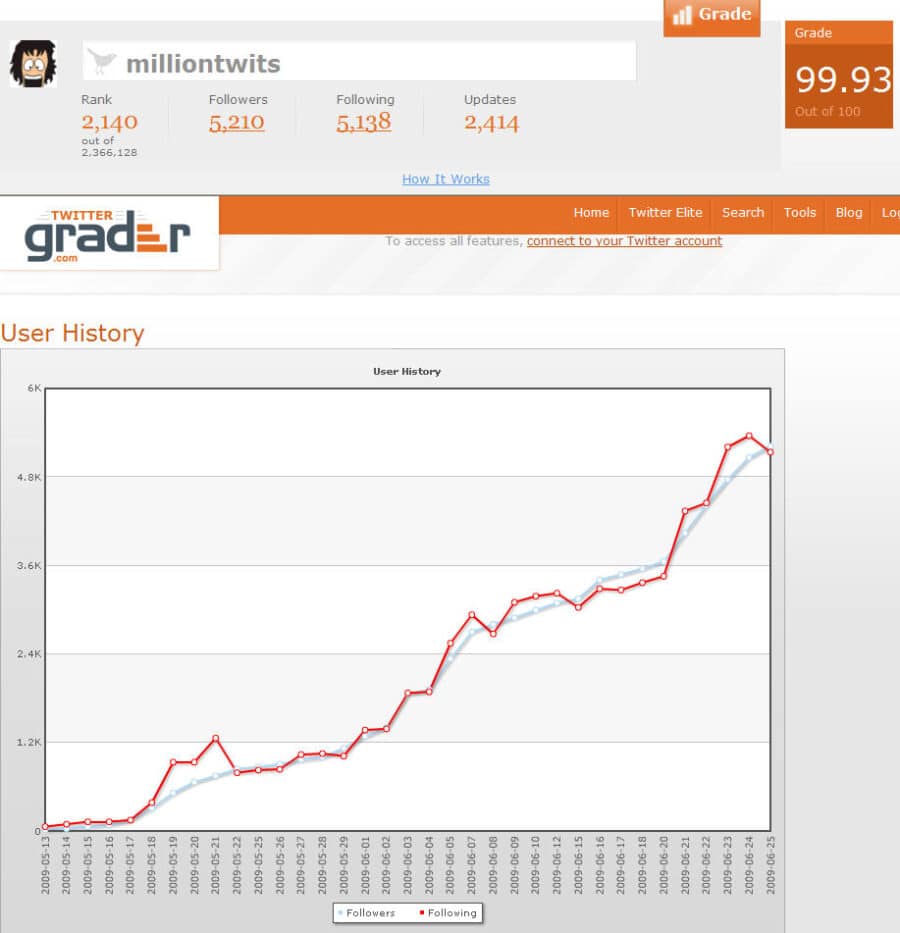 That score puts me almost in the top 50 in England. Nice!

Few days later – No way am I going to get 10,000 by the weekend. Not because it’s not do-able as such, but because of all the damned bugs and because Twitter keeps slowing under the weight of all the users, especially at times like 3.30pm in the UK as you can literally see it grinding to a halt as all the school kids get home and log on. 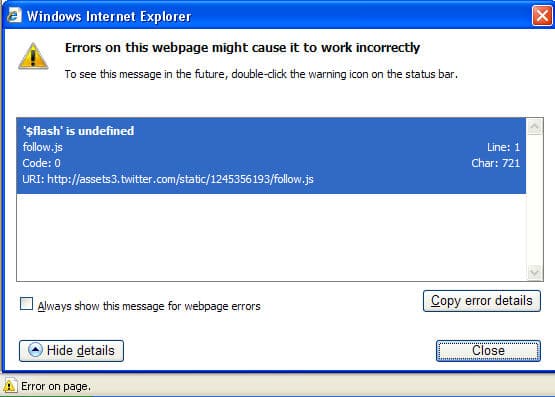 It should be noted that while other browsers like Firebox don’t report an error, neither do the actually do anything. Very frustrating!

After a bit of questing and probing it seems that unfollowing counts towards your follow count. Sensible really, but a bit of a beggar. If I’d known I wouldn’t have unfollowed so many this morning. Ah well, you live and learn.