How kidney failure concerns led to discovering an embolism

Health is a precious commodity

You don’t realise how valuable it is – until it starts to run out!

There’s an eye-opening headline for you, eh! Certainly melodramatic, probably but by no means definitely an exaggeration, but, in essence, it’s true! Perhaps "Having kidney failure may have saved my life" is closer to the truth, but it’s not as eye-catching, nor as intriguing. 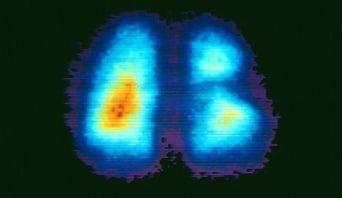 (Image from NHS, link at the bottom of the post)

Long story short, for the medically minded. I have a rare neurological wasting disease (Spastic Paraparesis). As well as all the other problems it gives in me, it also caused thickening of the bladder, which (may have) caused or contributed to kinks, or folding in my both ureters – stricture in the j-joints, something like that. Thus, blockages. The resulting pressure from retained ‘water’ led to hydronephrosis in both kidneys, leading to chronic kidney failure (stage 5, eGFR 3).

Apparently I’m the first known case of this combination and the subject of a paper on the matter. Lucky me!

Anyway, after repeated surgery, nephrostomies, stents and drugs (oxybutynin) etc I’m stable, but monitored. Net result is I can’t drink at all, ever (sobs) and have to be very careful with tablets. I’m probably OK with the occasional paracetamol, but having spend several months on a kidney ward I’ve no desire to return there, n’uh! It takes a migraine strength headache before I’ll reach for anything.

About a fortnight back though I started getting more cramps than usual in my legs, but thought little more about it. Then I started getting increasing back pain around my ribs. My first thought was, "Ah ****, not my kidneys" but as I didn’t have the associated nausea and what have you I shrugged it off.

One thing leads to another: pulmonary embolism

That is until last Friday when I the pain spread agonisingly to my shoulder and by evening reached the point I was doubling over in agony and couldn’t breath. Still wouldn’t take anything, putting it down to a pulled muscle, but it was bad enough to go NHS walk-in center. They gave me a couple of painkillers and bundled me off to Whiston Hospital in an ambulance.

As it goes, the co-codamol kicked in after a few hours and it eased off to a dull ache, so I was all for getting my coat and going home, having little regard for that particular hospital. Wife wasn’t having any of it, having put up with me tossing and turning and moaning in pain all day, and had me stay put.

After a few more of hours of kicking my heels I got to see a doctor who said, yes, might be a pulled muscle, but we’ll do a blood test to rule out pleurisy (inflammation of the membrane that surrounds the lungs). Story on my life: my results indicated possible infection and another anomaly, so, just to be safe she took an arterial blood sample to rule out blood clots. (Hurts like a sod, that!) Took a while for the results but my luck held true.
" You’re not going home, I’ll sort you a bed on the wards, you need more tests."

You ever been in a NHS hospital? I have, too many times, and I’ve come to realise this: the hospital may be open 24×7, but the come Friday afternoon all the doctors and consultants go home for the weekend. The NHS essentially operates on a Monday to Friday 9 til 5 and outside of that it’s caretaker staff and apart from a scan – if you are lucky – nothing gets done. Nothing! Here’s a frankly scary example of this:
Whiston Hospital and it’s St. Helen’s sister got a £338 million upgrade to an ultra modern, state of the art buildings and equipment. Right, hold the figure in your head: £338,000,000

So, after a nothing gets done weekend I got to see the admittedly impressive new CT suites, and the ultrasound heart scans and so forth. And yes, I do have blood clots on my lung. And treatment commences, with Clexane and Warfarin to thin my blood. Just have to get the doses right.

In this 400 bed ultra-modern, state of the art, no expenses spared building…

Everything is go swimmingly until the following Saturday and I need a prescription by tea-time for Warfarin. By 8pm I’m getting ratty because I’ve been through all this **** with Whiston before, they are the reason my kidneys are in the mess they are. By 10pm I’m ready to sign myself out, having no faith in the place. Finally, by 11pm they find a doctor to give my medicine – 6 hours late. According to the nurse he was busy – as they only had two locum doctors to cover.

Two doctors for 400 patients because, it seems, that’s all the trust can afford.

The following is an assumption based on solid facts and in part confirmed by a doctor on the Monday. Because they only had two doctors for an entire hospital he didn’t bother to check my medical notes and just prescribed what (s)he thought would be suffice (3mg). This was repeated on the Sunday. As a result, both doctors gave me too low a dose of Warfarin as I actually needed 5mg and they set my recovery back a few days and I’m back on Clexane injections for which, having been discharged today to free up a bed, I need a district nurse to come round my house. It’s not a big deal, medically, but it annoying and stressful.

Not blaming the medical staff, THEY know they are understaffed. And my daughter rightly said, "Why are they spending all this money on buildings if they can’t afford the doctors to put in them?" As far as I am concerned – and all the medical staff I’ve ever spoke to agree with me – this is wholly down to mismanagement by governments and Trusts who are more interested in box ticking, political shenanigans and admin for admins sake.

So, there you go, wasn’t exaggerating so much after all!. If I didn’t have beggered kidneys I’d have taken a few painkillers and put up with it and never gone the walk-in center, let alone hospital.

What it doesn’t say on the NHS side is once you have blood clots you are at risk of more forming and if one settles on your brain, it’s game over.

As happens, my kidneys did fail again. The first time I was rushed in they apologised for ‘failing me’ and for me ‘falling of the radar’, patched me up a bit, then sent me on my way, not entirely patched up (at all, really, ‘cos, it’s complicated).

The second – no, the third time I went back – I got called a hypochondriac by some young, newly qualified doctor more interested in fluffing her hair and such. She gave me a blood pressure tablet and told me to go home and to stop wasting her time. (I’d been sent there by the walk-in centre – with malignant hypertension and life-threatening tachycardia. And complete renal failure). Hubris on her part. 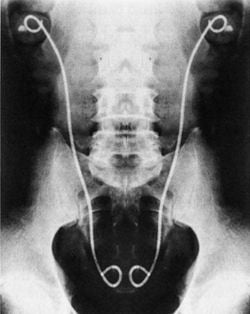 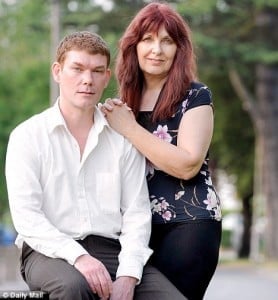