Steam game time as a problem 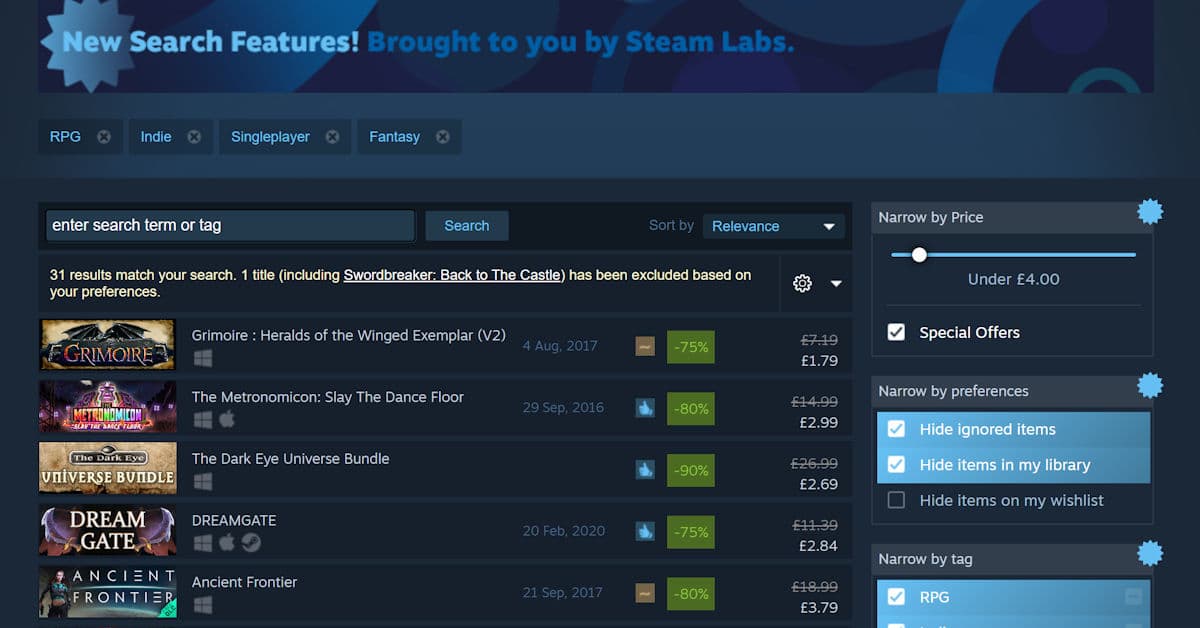 This post is in reply to an article on Eurogamer: Steam’s two-hour refund policy leads to indie developer quitting game development, adding ‘This is why we can’t have nice things’. It sets the story up nicely, but Gamersutras explanation is better: Steam refund abuse has Summer of ’58 developer Emika Games considering hiatus

My basic observation of life is ‘If something can be exploited, it will be, especially if money is involved’

While some players will exploit the 2-hour window, I know of developers that exploit it too, for instance, a forced intro that takes over two hours before you get into the game proper – at which point, it’s not quite the same game, it’s not what you signed up for – but hey, the window’s closed. No refund! Doesn’t matter if it’s a £5 indie or a £50 AAA, if you feel cheated, you feel cheated.

There is no solution! Oh, right, there is! Use estimated game time.

OK, this too can be exploited, but it’s more likely to work against the exploiter, if they are a dev.

The genre does complicate matter though

Detective game(a):
“Estimated game completion time: 90 minutes”
Steam removes the two-hour policy*
Reason: well, can be exploited.
*Adding a caveat that if it falls over for bugs, has no save, is unfinished or other annoying reasons, refunded may be applied.

Tetris style game:
“Estimated game time: 20 minutes”
Steam does apply the two-hour policy
Reason: You can complete the game several times within the 2-hour window, it’s enough to get a feel for it. Yes, it’s maybe a 20-minute game but so is Tetris, Solitaire, and many others. It changes things.

Detective game(b):
“Estimated game completion time: 110 minutes”
Steam removes the two-hour policy*
Problem: The developers lied, it’s a 10-hour game, and it’s actually unfinished and buggy. Rather than admit it’s early access they release a dog’s dinner and – no refunds.
Besides before fraudulent, anyone looking for a longer game is going to pass. Plus the negative feedback would stack up.

You then get into nuances.

So, a two-hour policy and mostly positive, mitigated by (quality and quality of feedback).

Gets trickier with the repetitive games, especially if they are designed to nudge the 2h windows, but I’d say this option would be the best solution for Steam to explore, particularly for cases like Emika Games and their Summer of ’58.

Add a tag for estimated game time and playability, and it’s sorted.

Just another line of text, with little policing, so cost-effective for Valve to implement in Steam.
Negates dishonest claims, benefitting both Steam and developers.
Benefits gamers because game time matters.

Search by price, type, player support etc. are all in.
But search [slider: under x hours] is not in.

If you want a 4-hour Indie dungeon crawl to pass an evening, search:
Hmm, [Bob and the fountain of eternal beer: £5]
A fiver for a night’s entertainment? Sure, drop it in the basket.

Makes sense to me anyway.