After a nights sleep and further examination, this page is being updated – and NOT in Twitters favour!

Anyone else noticed that Twitter has revised follower/following for browsers? Still no ‘report spam’ button (POKE). but it’s a start.

I particularly like that Twitter offer the expanded / contracted list. Nice touch. You can see the last post as a glance, see the sort of thing they are Tweeting and act, if necessary. OK, nothing amazing, but for sorting your lists, helpful. 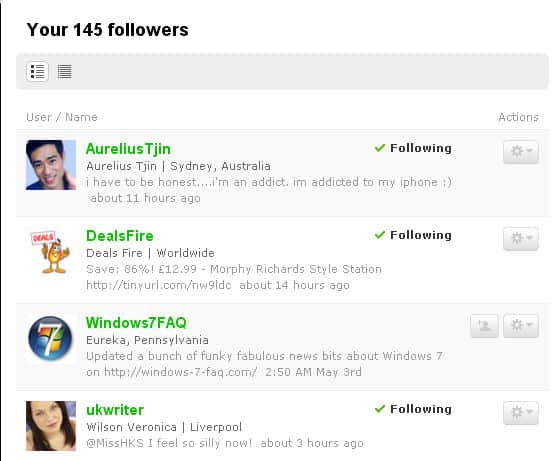 HOWEVER:
I am REALLY, REALLY miffed that they removed the Bio information supplied when you hover the mouse over a person’s name. Now, when you do that, it just gives their name.
I ALREADY KNOW WHAT THE NAME IS, I JUST MOVED MY PIGGING MOUSE OVER IT!!!

That information helps us easily decide whether we want to follow or remove a person – or look at at their profile and timeline in more detail. In removing this information Twitter have further alienated genuine users, again, favouring the Spammers!

Also, why have they moved the ‘direct message’ links to the drop down menu and not replaced it with anything to see if your followers have reciprocated? Before I could see at a glance how many followed me back!

Why should this matter, you may ask. If you don’t already know, Twitter set a limit of 2,000 followers. After this point, they enforce a 1.1 follower ratio. Unless you are some ‘celebrity’ that racks up a one way following, you are screwed. The only way to get more following you is to keep it balanced. For instance, if you are following 4,440 and only have 4,000 following you, you cannot add anyone. The only way to sort that is to remove anyone that hasn’t followed you back. Now – thanks to this new change – the only practical way to do this is to trust third-party applications.

SO, Twitter, I have this to ask you. Why do all the changes appear to favour spammers, penalised regular users (someone mention #twitterjail?) and actively drive users into the hands of third-party developers – a majority of whom, it has to be pointed out, are snake oil merchants, outright scams and even phishing sites.

How the updated browser looks when unprotected:

How the updated browser looks when protected. Note the remove option:

No, really, have to shout at them. I have no tolerance for stupid stuff like this. Twitter has hundreds of programmers and technical staff, tens of millions of dollars in Venture Capital sitting in the bank. And they can’t even design a simple interface. Even with the API limits people are moving to the likes of TweetDeck by the million because Twitter clearly haven’t a ruddy clue how to do it! Not only that – that are copying the ideas that others have – only badly. Can’t they think for themselves?

Hint:
Note the lack of a ‘report spam’ button that Tweetdeck was rightly praised for when they added it.

AGAIN, I am forced to ask why Twitter themselves are reticent to do this. What’s in it for them that they seem to want the millions of spammers flooding in. Ah, perhaps there we have it. The more accounts they can claim, the greater the hype and greater their perceived value, should they sell up. Cynical? Of course, but this is the stuff conspiracy theories are made from, hmmm. Naturally I am not accusing Twitter of this, merely pointing out that, to some, this is how it looks. cough

If they could just include the followering/follower count I’m sure it would reduce Spam further. Apart from those autofollowing back (a crazy practice), who really want to follow someone that’s just added 1,000 names and got 3 back. For all the genuine businesses obsessing over getting your follower count up, I offer you this thought:
If you have 20,000 followers and only a few actually see your posts, what value have they? 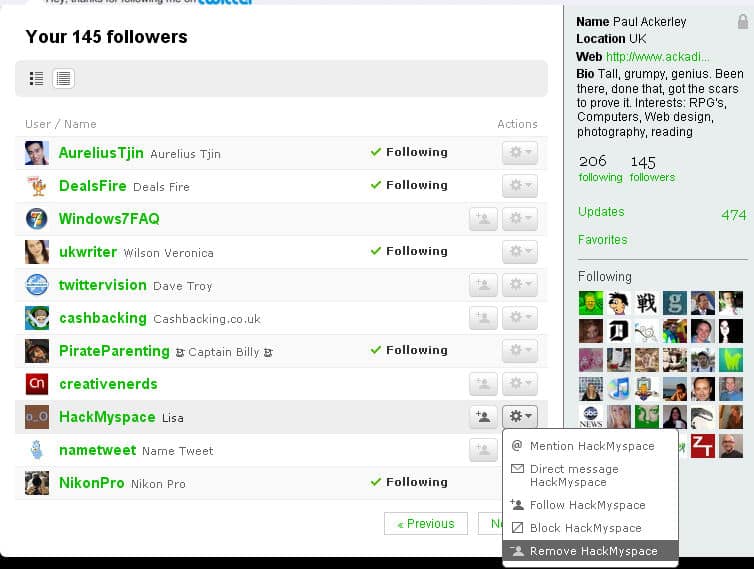 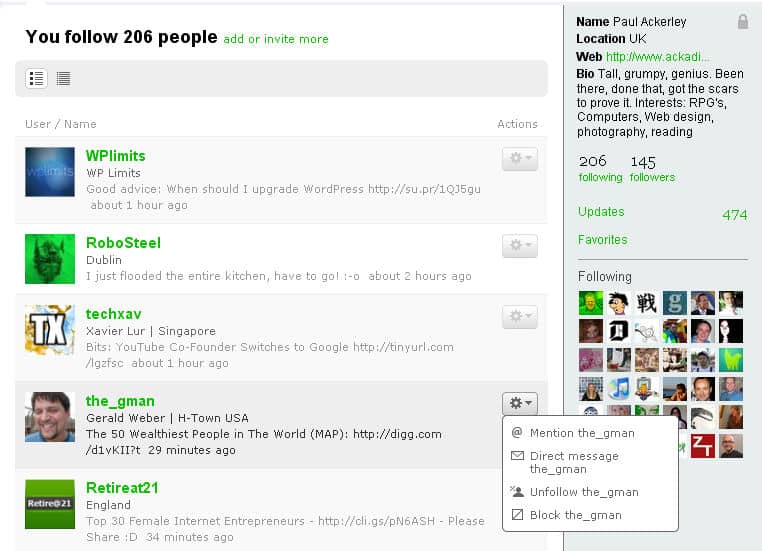 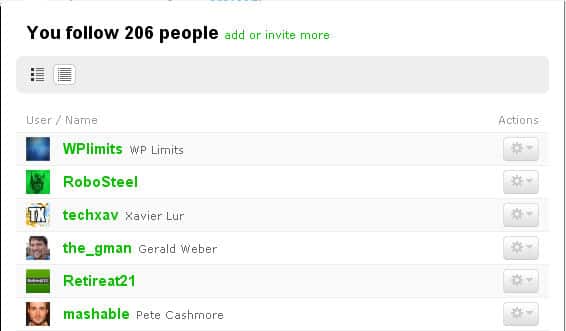 1 thought on “What I hate about Twitters latest Browser changes”