Depression is the new in thing? 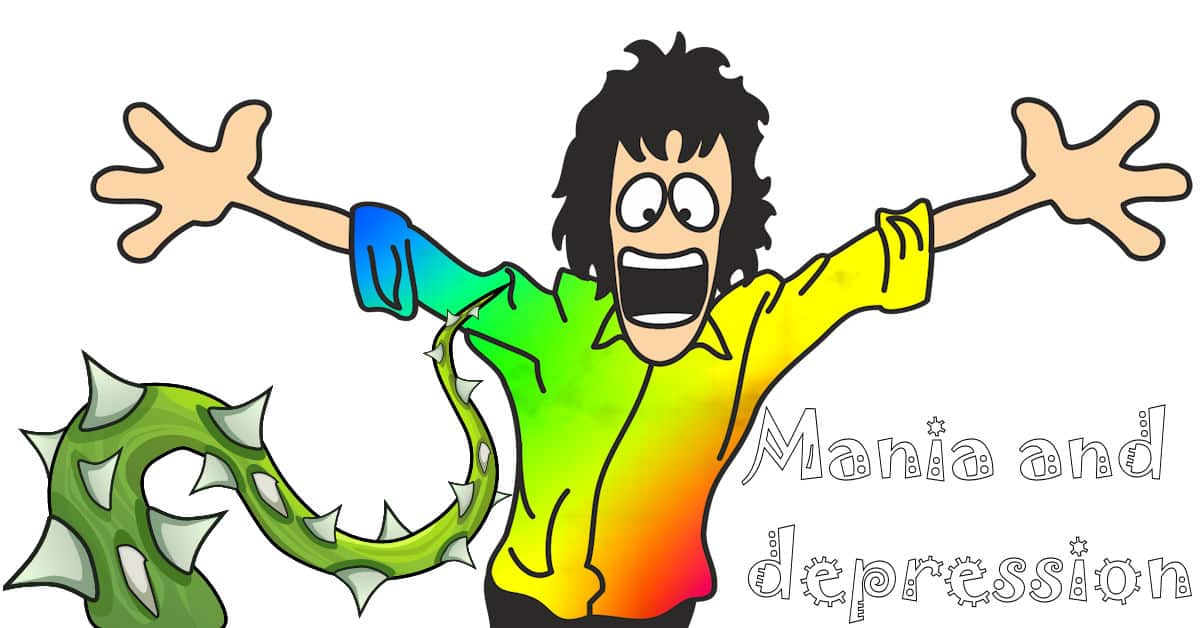 You have to laugh how all of a sudden it almost seems fashionable to be “depressed”. You can almost hear the PR people and ‘celebrity’ agents minds ticking over with this:

Agent: “Have you seen the coverage Catherine Zeta-Jones is getting? Get out there now and admit you have a problem”

Agent: “You will if you don’t get more work, I’ll talk to a reporter I know, leak that you are going into a clinic!”

Compare these two:
…some feel is the fashion among celebrities for being labelled bipolar…
vs
Stephen Fry, my battle with mental illness

I don’t know a great deal about manic / bipolar depression other than it’s major mood swings of highs and lows, and let’s face it, many ‘stars’ are renowned for going off the deep rail, between drinks, drugs and more money than they know what to do with. Maybe too it goes with the territory.

What I DO know about depression is you don’t go in a clinic and walk out a week later smiling and waving to the camera crews, all cured! Not saying she is cured, nor that she wasn’t on a downer with her husband getting cancer, but it’s not something you cure in a week!

I’m not bi-polar, but I do have mood swings. The only difference is that most of my mood swings have tend to have ‘highs’ of forcing a smile and attempting to be vaguely sociable to ‘lows’ which take me to a really dark, despondent place were people leave me alone until I come ‘up’ again.
(Addenda: Ironically, years after writing this I was diagnosed with autism, and with Borderline Personality Disorder, which is sort of bipolar, go figure.)

One of my doctors, treating me for Post Traumatic Stress, was surprised I’m as stable as I am after reading my medical files – like physical and mental abuse from being 4 years old, life threatening illnesses, other stuff. Decades of physical and mental bullying and abuse. There’s memories in my head I spend most of my time trying to shut out. Stuff that’s not in any of my medical records. I’ve done the whole counselling thing a few times, prescription medication, etc. It helps for a short while, then you are back on the slippery path.

Sh*t happens, you get over it. That’s not depression, that’s life. Take away the TV camera’s and the paparazzi cameras and it can be a different world.

Too many people – and doctors – take the easy route to label a minor upset as depression. If you are upset for two weeks or more that’s a sign of depression – medically. What? Two weeks is getting over your goldfish dying, it’s NOT a sodding major illness.

My doctor friend, when treating me, using ‘cognitive behaviour therapy’ went on about the medulla in the brain and elastic bands. Basically every time something bad happens this metaphoric band stretches, then returns back to shape. Very resilient apparently. Like I say, stuff happens.

It’s when stuff happens that’s so awful your mind can’t handle it and it affects your life and health that it starts to get more complicated. Depends on the person and how strong they are to start with too. And it depends how much you can take – and how often. Too much, too often, and this elastic band loses shape, and eventually can snap, or rot, leaving you broken.

Depression isn’t waving at the cameras, it’s being out shopping and knowing at the display counter with the Mars bars, razors and aspirins – really knowing – how many boxes of painkillers, and which type you would need, knowing that if you got it wrong it would be kidney failure or liver failure, knowing that you have to shop around to avoid questions.

Depression is every day wishing you were dead and hanging on for the sake of others. It’s not jumping out in front of a truck because a) if you time it wrong you are in a world of pain and b) if you get it right you are a selfish git, just dumping your issues on the poor sod that couldn’t stop in time and will need therapy themselves to get over it!

Depression is knowing it would not be a cry for attention – and it’s being strong enough to carry on anyway.

This is clip on bi-polar is worth a glance for some: Stephen Fry: Secret Life of the Manic Depressive ‘life long’