The Brexit Party: What’s their game? 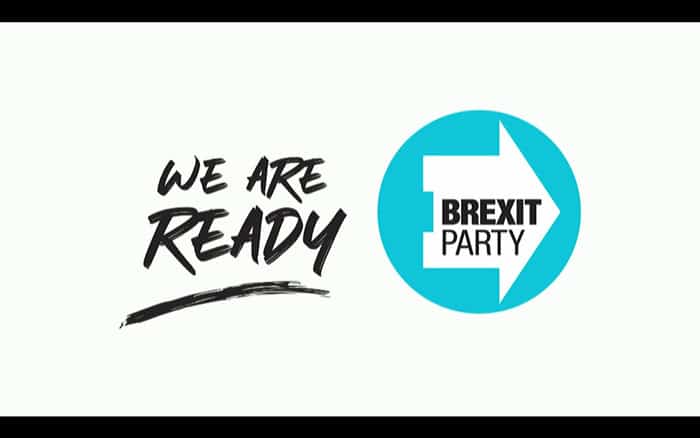 Baffled by what the Brexit Party are doing, and more to the point, what they NOT doing, I send them the following letters:

I see you STILL do not have a list of candidates.

This is top on the news you scrapped around half of your candidates. Candidates who put themselves forward, possibly put their lives on hold, who paid for you to do extensive background checks on them – and who were then cast aside, abandoned by you.

And the ones that are left, who are supposedly still candidates, who are they? What support if any are they getting from you? ‘Cos from where I’m sitting they are ephemeral and shrouded in mystery. They have ZERO support from you, as far as your website goes. There are plenty of links asking for money and donations, plenty of links to your store, plenty of pictures of Nigel. But your prospective MPs, the people you presumably want us to vote for in just one month – NOTHING!

You cannot have a political party without MPs, all you are without them are bloggers and lobbyists. So WHERE. ARE. THEY?

Really, it’s as frustrating as it is annoying. My estimations, moving forward from August, put you polling at 18 to 20%. Instead, for the past 3 months, aside from showy events with Nigel (who isn’t even a candidate), there has been little to nothing at the grass roots. This has cost you perhaps 12 points in the polls, and it doesn’t appear to bother you in the least. Strange for a political party, no?

We (locally) are a prime candidate, a Labour stronghold where Labour are now hated, where the Conservatives have not won in almost a century and our candidate is…

As the town’s free papers rarely get delivered, I had to Google for local news to find out the name: WEBSTER Malcolm James.
St Helens Star: Full list of St Helens general election candidates announced

Then I had to Google Mr Webster to find out more – and drew a blank, even several pages in. So I looked on Facebook, at all the Malcolm Webster’s listed. Also drew a blank. Twitter? Nothing. Nothing anywhere.

You can guarantee – and I do mean guarantee – that if I was actively seeking support as a local candidate MP you would find me, on page one of Google, listed high on Twitter. You’d easily find me on Facebook, my personal website(s) would jump out at you. Locals, if they looked, would find out my views, that I was indeed a local and not just some Southerner parachuted in to grab a seat before retiring back to the home counties.

I also note, as an aside, that the local Conservative candidate is one CHARLES Joel Ralph. So, across the country, you (TBP) are standing aside for any seat Tories want – but it’s a one way deal, ‘cos the Tories want to fight for seats they can never win, even if just to hurt you. Again, also much to my disgust, I note I have absolutely no problem instantly finding Mr Charles’ details, and that he is currently an Essex councillor, so another parachute candidate, one who presumably knows nothing and cares less about his prospective ‘local’ constituents and who would, without question, run back to his Harlow home as soon as he won the seat.

Via searches for Mr Charles (Conservatives) I did find a reference to the elusive Mr Webster at ‘Who Can I Vote For’: Malcolm James Webster for St Helens North in the UK Parliament elections – and they shrugged and said, “That’s it, a name, all we have, sorry. No picture, no email, no digital footprint, no address, nothing.”

So, bypassing Google and using the same site for Pat Moloney for St Helens North in the UK Parliament elections, I looked up the Lib Dem candidate. I now have his email address, his (inactive) twitter account, Linkedin page, even his CV, and can see he’s campaigned for various seats around Liverpool in recent years, so is reasonably local. I also note he appears to have no Facebook page.

Continuing my search for our Brexit Party candidate I was offered links such as: The Brexit Party could fight as few as 20 seats in general election, which doesn’t bode well.

But our local candidate? A list of TBP candidates?

See, it’s rather a problem. I have trust issues. I’m paranoid too. But I’m also extremely intelligent and web savvy and nothing adds up. Nothing is where it should be. *As I said last time, smoke and mirrors.

You have PR for the brand, you have spin. But you have no real substance.

You are like aerographene. Have you heard of this miraculously light and super absorbent material? Pops up a lot on Facebook and Youtube in a “Whoa, watch this!” sort of way. Wikipedia lists a few of its ‘potential’ uses. But outside of a research lab, nothing. Smoke and mirrors, almost literally so in the case of aerographene.

So, in my best northern, “I want to vote for you, but…” tone:
What the bloody hell are you playing at?

* In previous correspondence with TBP I was told:

We appreciate you sharing your views and contacting us; your opinions have been duly noted.. Your email has been forwarded to the Web Development Team for consideration and the full list of candidates will be available on 14th November 2019.

My bold, to emphasise that it is now the 20th of November and there is no such list.

My previous letter to them (of 5th November), which was not gentle, is copied below.

I commented about this on Facebook, but I’ll send it direct as well, as I find it troubling. Nigel is in Kirkby for an event, according to Facebook, so I looked for other local events, candidates, anything – and there’s nothing. Nothing but smoke and mirrors.

Who is the candidate for St Helen’s North? Do we even have one? I’ve heard nothing.

Is there even a reliable list of candidates and events?

Talking of which, your website for The Brexit Party is awful. You are doing yourself no favours with it. Did you even hire a web developer, or did you just grab some blogger staffer to vomit something together with WordPress? Development-wise, it’s like a child in a candy store:

“Fade-in? I’ll have one of those. Oooh, ooh, slide in, yoik! Sideways scroll, with sprinklies!!! Oh god, yes. Oh YES! Semi-transparent video in the background, I must try… oh dear, I think I’m going to be vomit!”

I meant the latter comment, by the way. One page, in particular, invokes motion-sickness by looking at it.

You don’t even have a list of candidates. What little you have is from August, and is uninformative, and unsupportive. ( thebrexitparty.org/?s=candidates ) Why is that?

Not as bad as this garish fan site ( Brexit Party 2019 ) with its 20-year-old code, which is flashback bad, but at least it has a list of candidates. It’s not wholly reliable, but it tries, which is more than you do!

In a way, it’s fascinating that your Facebook campaign is so slick, while your website is a train wreck. Your lack of organisation and disorganised web site is, without question, costing you votes, and supporters. Please get your act together, the clock’s ticking down fast.

I am genuinely concerned about your true intentions given all that’s missing from your web site. It’s almost like… Hmm! Troubling.