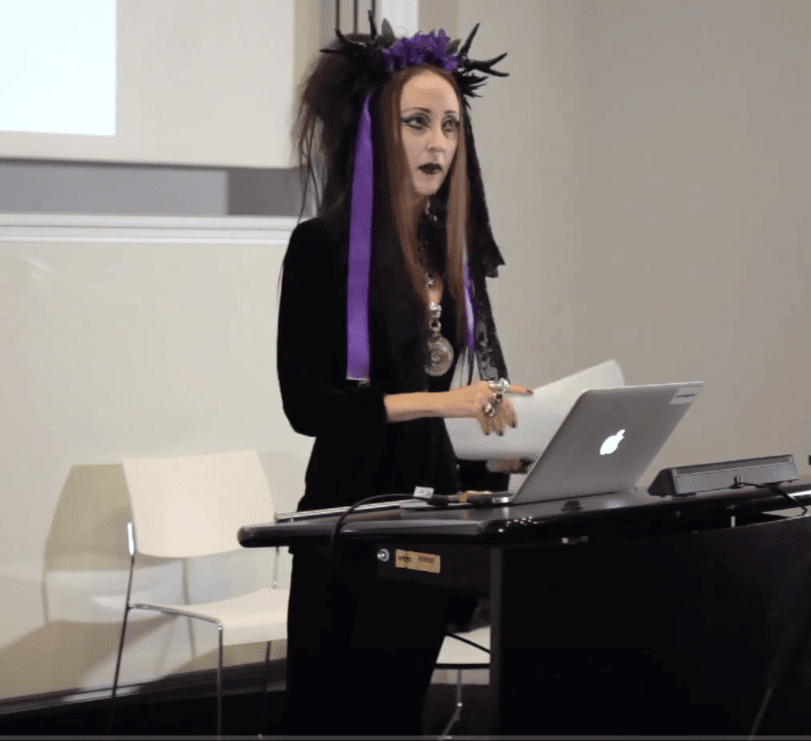 Seems a philosophy professor has upset the Twitter brigade for telling the brutal truth in a lecture!

Under her goth-like picture on Yahoo, where she looks a bit like Morticia Addams, is the caption:

Patricia MacCormack, a UK philosophy professor, has shaken up the climate-crisis discussion by suggesting, through her new book, ‘The Ahuman Manifesto’, that humans stop reproducing.

The article, entitled Why this professor’s climate-crisis solution is rankling Twitter: ‘The worst thing you can do is have a child’ does go somewhat deeper, but the essence is there.

Not just climate but almost every single aspect of the natural order is being shredded by our parasitic species. Rivers poisoned by factories, forests cleared for housing, for cash crops, for cattle to feed the masses. And on and on and on.

That clock saying “x minutes to midnight” – now 100 seconds to midnight!) – is wrong! It holds the assumption that we, as a species – a greedy, narcissistic, self-absorbed and selfish species – will change, adapt, do better. We won’t. At the top are the wealthiest 0.001% who like being the apex, below that, layer after layer, are the cattle and sheep, who mostly view the world from the ever-present screen a foot from their face, or from the contents of their shopping basket. The screen you are reading this on, right now!

We have a neighbour. A CEO. A business mentor, a life couch. A fraud. Most of her social media presence – including her business web site – doesn’t actually exist, they are written, not linked and she just assumes people are too lazy to type in the address. She’s probably right. Her (alluded) limited company does not exist either, but who checks? Everything about her is fake, a lie to her faux friends to make her feel better about her life, to try and pretend she’s like the others, further up the ladder. (Oops, I meant life coach, little Freudian slip got in there 😉 )

Do you think she’s alone? When I was born there was a little over 3 billion people on the planet. There are now around 7.8 billion, and rising fast. Of those, nearly a third, some 2.4 billion are on Facebook. In the space of sixty years we have gone from house-sized computers only governments can afford to a computer in every pocket, connected to every other computer, feeding each other lies.

And you think more people will improve matters? Really?

The Ahuman Manifesto (paperback) is around £22 on Amazon if you wanted to delve deeper into her reasoning.

Apparently she’s also an academic occultist and ‘chaos magician’ who cites Lovecraft in her work. Not judging, I have books by Oswald Austin Spare and H.P Lovecraft and peers too, amongst my eclectic library!

As academic professors though, she is definitely ‘out there’