Quotes for writers – what makes a writer 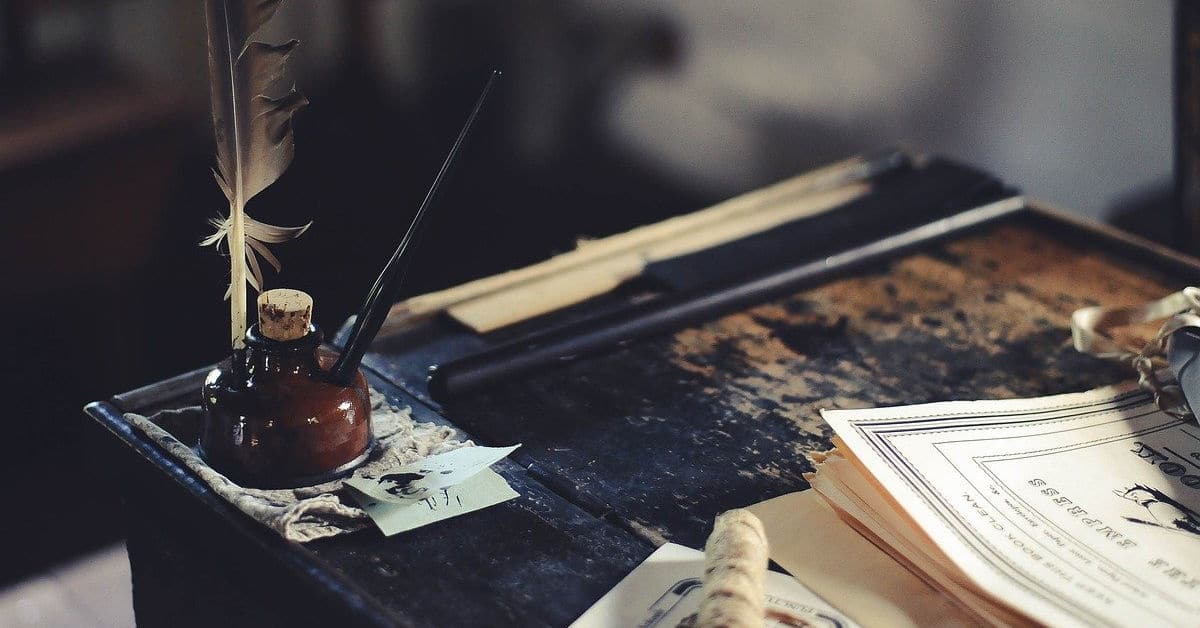 What makes a person a writer? What defines a writer?

I guess it depends who you ask. The answer you might get from someone looking for pulp fiction for a dreary long haul flight is likely worlds apart from one a magazine editor might offer. Is it as simple as having a regular column the local paper? Does making a living from a blog or being a Fleet Street journalist meet the criteria, that it’s as basic as your annual salary? At what point do you decide a person with one book self published by vanity press is or is not a writer? Or are you only a real writer if you make it to the top twenty titles in WH Smiths with best selling authors like Terry Pratchett and Stephen King.

For my tuppence worth, you know to the core of your soul if you are one. You can no more not be a writer than you can not be a breather, because if you try to stifle it, it will suffocate you. When my classmates in school were playing football or smoking behind the gym hall I’d be happily curled up in a corner reading a dictionary. Cover to cover. Then I’d write crosswords for my English teacher. (Yes, sad but true, I really did). If you have but one poem in your head and you HAVE to write it, just a few lines to your girlfriend that, 50 years later, on your golden anniversary she still treasures every syllable, then you are a writer! Maybe not an author, but a writer, yes.

Anyhow, here’s what other, published authors have to say on the matter.

“Your only responsibility as a writer is to be true to the story that has chosen you as its writer.”
~ Jean Little

“To be a writer is to throw away a great deal, not to be satisfied, to type again, and then again and once more, and over and over.”
~ John Hersey

“If a story is in you, it has to come out.”
~ William Faulkner

“A writer is a person who cares what words mean, what they say, how they say it. Writers know words are their way towards truth and freedom, and so they use them with care, with thought, with fear, with delight. By using words well they strengthen their souls. Story-tellers and poets spend their lives learning that skill and art of using words well. And their words make the souls of their readers stronger, brighter, deeper.”
~ Ursula K. Le Guin

“There is no greater agony than bearing an untold story inside you.”
~ Maya Angelou

“Find out the reason that commands you to write; see whether it has spread its roots into the very depth of your heart; confess to yourself you would have to die if you were forbidden to write.”
~ Rainer Maria Rilke

“A book comes and says, ‘Write me.’ My job is to try to serve it to the best of my ability, which is never good enough, but all I can do is listen to it, do what it tells me and collaborate.”
~ Madeleine L’Engle

“Writing is the only thing that, when I do it, I don’t feel I should be doing something else.”
~ Gloria Steinem

“Writers fish for the right words like fishermen fish for, um, whatever those aquatic creatures with fins and gills are called.”
~ Jarod Kintz

“You have to write the book that wants to be written. And if the book will be too difficult for grown-ups, then you write it for children.”
~ Madeleine L’Engle

“I write entirely to find out what I’m thinking, what I’m looking at, what I see and what it means. What I want and what I fear.”
~ Joan Didion

“I write to give myself strength. I write to be the characters that I am not. I write to explore all the things I’m afraid of.”
~ Joss Whedon

“Writing is a job, a talent, but it’s also the place to go in your head. It is the imaginary friend you drink your tea with in the afternoon.”
~ Ann Pratchett, Truth and Beauty

“It’s good for you to write down your thoughts. It’s therapeutic because it forces you to slow down and think about life.”
~ Katie Kacvinsky, Awaken

“Writing is one of the few professions in which you can psychoanalyse yourself, get rid of hostilities and frustrations in public, and get paid for it.”
~ Octavia Butler

“Writing is a form of therapy; sometimes I wonder how all those, who do not write, compose, or paint can manage to escape the madness, the melancholia, the panic fear, which is inherent in a human condition”
~ Graham Greene

“No, it’s not a very good story – its author was too busy listening to other voices to listen as closely as he should have to the one coming from inside.”
~ Stephen King

“If a book is not alive in the writer’s mind, it is as dead as year-old horse-shit.”
~ Stephen King

“Only write from your own passion, your own truth. That’s the only thing you really know about, and anything else leads you away from the pulse.”
~ Marianne Williamson

“Good writers are those who keep the language efficient. That is to say, keep it accurate, keep it clear.”
~ Ezra Pound

“The story I am writing exists, written in absolutely perfect fashion, some place, in the air. All I must do is find it, and copy it.”
~ Jules Renard

“The whole point of writing is to have something in your gut or in your soul or in your mind that’s burning to be written.”
~ Jerome Lawrence

“Writers write about what obsesses them. You draw those cards. I lost my mother when I was 14. My daughter died at the age of 6. I lost my faith as a Catholic. When I’m writing, the darkness is always there. I go where the pain is.”
~ Anne Rice

“Being a writer is like having homework every night for the rest of your life.”
~ Lawrence Kasdan

“Writing is 90 percent procrastination: reading magazines, eating cereal out of the box, watching infomercials. It’s a matter of doing everything you can to avoid writing, until it is about four in the morning and you reach the point where you have to write.”
~ Paul Rudnick

“At night, when the objective world has slunk back into its cavern and left dreamers to their own, their come inspirations and capabilities impossible at any less magical and quiet hour. No one knows whether or not he is a writer unless he has tried at night.”
~ H.P. Lovecraft

“A scrupulous writer, in every sentence that he writes, will ask himself at least four questions, thus: 1. What am I trying to say? 2. What words will express it? 3. What image or idiom will make it clearer? 4. Is this image fresh enough to have an effect?”
~ George Orwell

“Sit down and put down everything that comes into your head and then you’re a writer. But an author is one who can judge his own stuff’s worth, without pity, and destroy most of it.”
~ Sidonie Gabrielle

“The good writer, the great writer, has what I have called the three S’s: the power to see, to sense, and to say. That is, he is perceptive, he is feeling, and he has the power to express in language what he observes and reacts to.”
~ Lawrence Clark Powell

“A writer without interest or sympathy for the foibles of his fellow man is not conceivable as a writer.”
~ Joseph Conrad

“What obsesses a writer starting out on a lifetime’s work is the panic-stricken search for a voice of his own.”
~ John Mortimer

“Coleridge was a drug addict. Poe was an alcoholic. Marlowe was killed by a man whom he was treacherously trying to stab. Pope took money to keep a woman’s name out of a satire then wrote a piece so that she could still be recognized anyhow. Chatterton killed himself. Byron was accused of incest. Do you still want to be a writer – and if so, why?”
~ Bennett Cerf (Co-founder of Random House)

“It is impossible to discourage the real writers – they don’t give a damn what you say, they’re going to write.”
~ Sinclair Lewis

“Being an author is having angels whisper in your ear – and devils, too.”
~ Terri Guillemets

“Everybody walks past a thousand story ideas every day. The good writers are the ones who see five or six of them. Most people don’t see any.”
~ Orson Scott Card

“I firmly believe every book was meant to be written.”
~ Marchette Chute