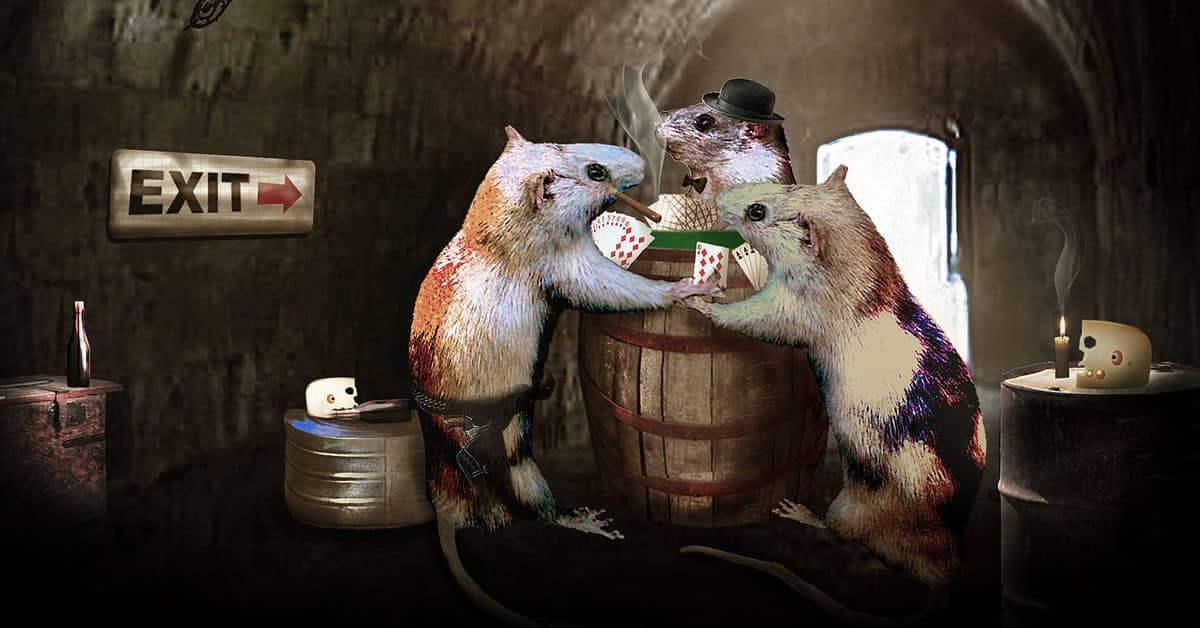 A poorly copied, blurry version of this parody lab story popped up in my Facebook stream early today. I squinted (it really was a poor copy!), smiled and possibly even laughed as I remembered this from a few years back, found while studying psychology.

Funny as heck at the time, it still raises a smile. Possibly an element of truth in it, but I can’t remember my source. It may be been an academic forum, or some researcher’s personal blog or, something else entirely; it certainly wasn’t any of the sources I could find. Regardless, it does appear widely copied, so I have no problem pinching it and sharing it here also.

Researchers at Harvard are incredibly annoyed with a lab rat they describe as “a real asshole.”

“We’re trying to research how obesity impacts brain function,” explained Dr Stu Macho. “To do that, we got all these normal rats and started observing them. Then this little troublemaker, we call him #42, starts eating a ton. He got super fat and starts walking into his cage walls like a moron when we try to observe him. But then, at night, he’s completely normal. It’s totally throwing off our data. He’s being a real git.”

I mean, look at this cheeky little sod!

This isn’t the first time #42 has ruined an experiment. Dr Macho explains, “I once ran an experiment to test whether the scent of cats was frightening to rats. We gave them a treat every time they pushed a big red button. Then we sprayed it with cat scent. Literally, every single rat was too scared to push the red button, except #42. He pushed it, winked, and then held his little paws out for his treat. He’s such an asshole, his data screwed my entire thesis.”

Dr Macho believes #42’s behaviour is intentional and aimed specifically at him. “I caught him laughing at me once while I was trying to sort data he’d screwed up. I know what you’re thinking, ‘Can rats even laugh? And what would it look like?‘ Trust me, when a rat laughs at you, you’ll know.”

When asked why he doesn’t simply exchange #42 for a less malicious rat, Dr Macho explained, “You can’t just use an infinite number of lab rats. They start to think you’re crazy if you keep asking for more.” Dr Macho sighed. “I feel like I’m living in an annoying Pixar movie where I’m the bad guy – oh, wait… I am the bad guy. I’m the evil scientist performing experiments on a sassy, smart rat. And my name is Dr Stu Macho? Oof, yeah, I’m the wrong one here.”

Just behind Dr Macho, #42 winked and walked directly into his food bowl.

For the story (copied above), I fixed some of the grammar, slightly edited the profanities, and have swapped the images for copyright reasons.

Searching, the story was reported and referenced by Indiatimes without a link, and by Tarnmoor with a direct link to the story. Both credited the same source, aboveaverage.com, but that internal link is dead and it’s possible it’s not the same site owner.

Looking, out of curiously, aboveaverage.com dates back to 1999 and was last updated a few months ago. They only renewed it for a year, which is a little unusual for a high traffic site. Not cost-effective for one – I renew this site for 10 years at a time, for instance. Not important, but would explain why a popular story is missing. Their Squaresquare site is horribly slow and their search page is a disaster. I tested it across several browsers and it failed on all of them. Shameful for what is (now) a Broadway company.

Anyway, I cite these as my source, being unable as yet to find anything earlier:

At the start, I mentioned an element of truth in it. Clearly, it’s all a made-up story, as is the respected Dr Stu Macho (Fu Mancho). However, rats are widely used in psychology and related experiments, are known to be intelligent and have distinct personalities.

Rats and behaviourism is classic Skinnerism, especially the big red button. It’s called operant conditioning and social media, marketing companies and even governments regular employ the method to nudge you into buying the ‘right’ product, voting the ‘right’ way. So, manipulation, yep.

The analogy to Rat #42 is appropriate when applied to consumerism, except that such rats are better thought of. To corporates minds, we are just another number on the spreadsheet. If we are adding to the bottom line, pushing up the quarterly figures, things are working as intended – we are still fodder. Indeed, game companies – especially mobile, ‘free to pay, pay to progress’, and loot box focused companies – revel in it.

Though it’s predominantly the marketing teams that exploit this behavioural quirk, games developers, in particular, are noted for employing psychologists and their methods to mess with your heads. To continually nudge players towards spending money on the game. This can be applied to other industries, using that red button to upgrade, to replace. To spend.

As for the cat ‘scent’ on the button, that too (and other chemicals) is a thing, both in terms of conditioning tests and in less amusing but essential research.

I’ve seen “funny” uploads about this (rarely humour), and more scientific ones, like the BBC clip below. The cause is toxoplasmosis, which causes rats to lose all fear of cats and actually be attracted to their urine. It is caused by a parasite – toxoplasma gondii – which can affect other animals and can be particularly dangerous for pregnant women and their children.

However, it does add credence to the idea that whoever originally wrote the rat 42 parody probably worked with rats.

I’ll end on a more uplifting note with ratty here. Not a rat person myself, but I know some people do love them.