Have been playing Eve Online for about three months now, so don’t expect definitive advice, this in more notes for me and a 101 for new players. 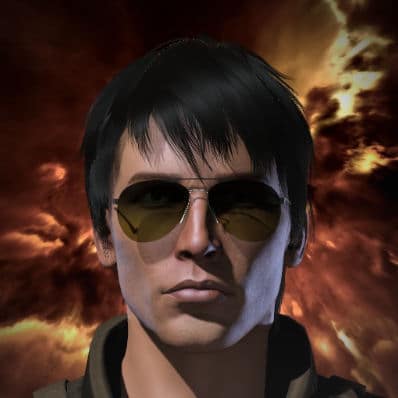 First off, and I cannot emphasize this enough, this is a very long haul game. If you aren’t prepared to spend months – years (very literally years!) – to gain the skills for this game, don’t even consider it. It’s not that it’s hard to learn, it’s that the game mechanics and skill trees are mind boggling long.

You can mine in high security (mostly safe) 1.0 space with a cheap hauler and a single mining laser, both of which you’ll get free during the tutorial missions.

To learn to fly the cheapest ore mining spaceship, the Procurer, you need to wait 4 days and 4 hours while you learn the essential skills, add the recommended ‘core’ skills to this (though many aren’t needed for some time) and you are looking at 61 days training!

Again, you will get the skills and ship for low level missions (quests) early on in the tutorial. Your race will, to a point, decide the first ships and progress, but ultimately YOU have to plan your skill path.

So, early level 1 missions in a Catalyst ship , fine. And in the training missions they will hammer this into you:
‘DO NOT FLY WHAT YOU CANNOT AFFORD TO REPLACE’

Before you have finished the epic line in the starter chain you will have lost several ships – mostly in the “Burning down the Hive” missions. At this point you’ll either have had help, gritted you teeth and managed through blood sweat and tears, or you’ll have said ‘Sod this’ and left before the trial period is over.

Anyway, emphasising the epic time scale we are talking here, you can fly the Catalyst within hours of getting the game. Only 4 hours training time for this, and a nice little ship it is too, to start with. The recommended core skills push it from 4 hours to 2 days, 8 hours by the way.

You’ll soon realise though this ship is not going to get you far and (for Gallente, as I am) you’ll progress to a Vexor then to a Dominix.

I like the dominix. Good solid ship. Recommended for anything up to solo-ing level 4 missions. Great. That’s the one for me!

4 days later I am flying my new ship.

5 days laters I am refitting and flying my replacement.

Then I am replacing that!

See the thing is, when they say “recommended core skills” it should add a caveat to the effect, recommmended if you want to avoid replacing your battleship every other mission!

That 4 days training is actually closer to 63 days if you want any chance of finishing missions. And that is without taking into account choosing the right equipment, learning the missions, learning that you need different builds for different missions – and then realising you need to learn the skills to equip these!

On my pilot, after 3 months of playing I’ve got an eclectic collection of skills, and am passing the time mining in high security space while I add the skills to survive the missions!

Using a skill planner – Evemon – to be an Elite Dominix pilot, with a few extra skills to earn isk (gold) from missions my plan extends to at least 537 days. I will be able to manage many missions in another month or so, realistically but it will be nearly 2 years before I’m at the place I can say to myself, ‘Bring it on!‘

Flex Or should that be Plex

Plex – pilots licence extension. Clever idea and probably brings the developers more money that the actual subscription fees. If you farm the isk you can buy these for about 350 million isk and each one can be submitted to give you a month’s play. So, if you are good at it, the game is actually free to play!

Conversely, if you are impatient and want all the shiny implants, skills and ships you can buy these with your credit card. They come in pairs for about £30. So, £30 is worth 700 million isk. Pause a minute and do the maths with me.

That capital ship will cost you say 70,000 million isk (Probably FAR more with fitting). Do you are talking either time or real hard cash – £1,500 for a ship. And bear in this this is a gank-happy pvp game full of trolls, griefers, right down to isk farmers that will happily destroy your vessel – simply for the salvage value.

There is a tale of one guy that made over $40,000 worth of isk by building up a corporation with hundreds of players then by a clever and legal (if completely immoral) tactic took over all the assets in a board coupe.

The game is set in three (well four) zones and it’s REALLY important you understand these.

Translation, you ‘should’ be safe but if you have something particularly valuable players will happily throw a suicide ship or ships
at you to destroy your ship and take whatever they can salvage.

There is a ‘police’ presence, as it were, and in certain types of aggression they will fly in and destroy the offending pilot. Not much help if they arrive after you’ve been blown up, but there you go, that’s the game. It should also be noted that malicious players will try to trick you into getting yourself ‘Concorded’ – blown up by the policing forces.

There’s even events like ‘Hulkageddon’ where gangs will specifically target mining ships – and maliciously destroy them on site just to cause you grief. I read the last event wrecked over 2,000 mining ships – with values from 200 million to several billion isk each! The next planned tun is next month.

The npc’s are a lot harder and, lacking the npc armed forces, it’s a pretty lawless zone. You can and will generally be destroyed on sight by gate campers unless you are lucky, well prepared, well skilled and ideally have a few friend with you.

As above, only far worse, especially at bottle-neck warp gate where gangs of player pirates camp out to blockade zones. Often, or so I read, they will let you in, then when you have mined or bought what you came for, destroy you on the way out. Personally, and this is me being cynical, I believe a lot of these are isk farmers and the developers allow it – plan it even, to my mind, because players that lose to them will buy plex. CPP profit from your loss, it’s in their best interests for you to get destroyed and want to buy plex with your credit card to get up and running again. Rather takes you full circle to this :

‘DO NOT FLY WHAT YOU CANNOT AFFORD TO REPLACE’

Also, low-sec and more-so I think, null-sec is governed by player run alliances. Some will let mine ‘their’ space if you pay rights (or protection money!), others take the approach, if you are not with us, you are against us, and will gank you on sight. That’s before you get into the whole pvp and at war part of the game.

These are a separate matter and take two forms, missions and exploration. Missions will give you a clue what to expect, so trying a level 3 mission in a Catalyst is, well suicide, trying it in a battleship without the core skills and modules is also pretty much a ore expensive suicide, as I found out the hard way!

Exploration I’ll not go into as I haven’t tried it properly, but basically you detect hidden wormholes and probe to see what’s lurking below. Generally best to read up on this – a lot – and go in heavy handed with mates.