Dell Ultrasharp 3008WFP LCD: How best to sum up this screen?

My Mitubishi 2070SB was awesome in its time and until I bought my wife a 24″ Dell LCD didn’t think it could be bettered.  I was wrong.

In terms of wow factor, this big screen is probably up there with playing Eye of the Beholder and Wing Commander on my first 8bit Soundblaster card – back in the days when the only other option was Adlib’s music card, or the tinny beeps of a pc speaker (we are talking around 1990 here).

So much more productive too, with all the extra screen real estate!

Stats for this include:

A raft of connections, including DVI, HDMI and even Display port

The only bad thing is the refresh rate, which is a maximum of 75Hz – not enough to try Nvidia’s 3D glasses – they need a screen with 100Hz, ideally 120Hz – ain’t a lot of those about, really. 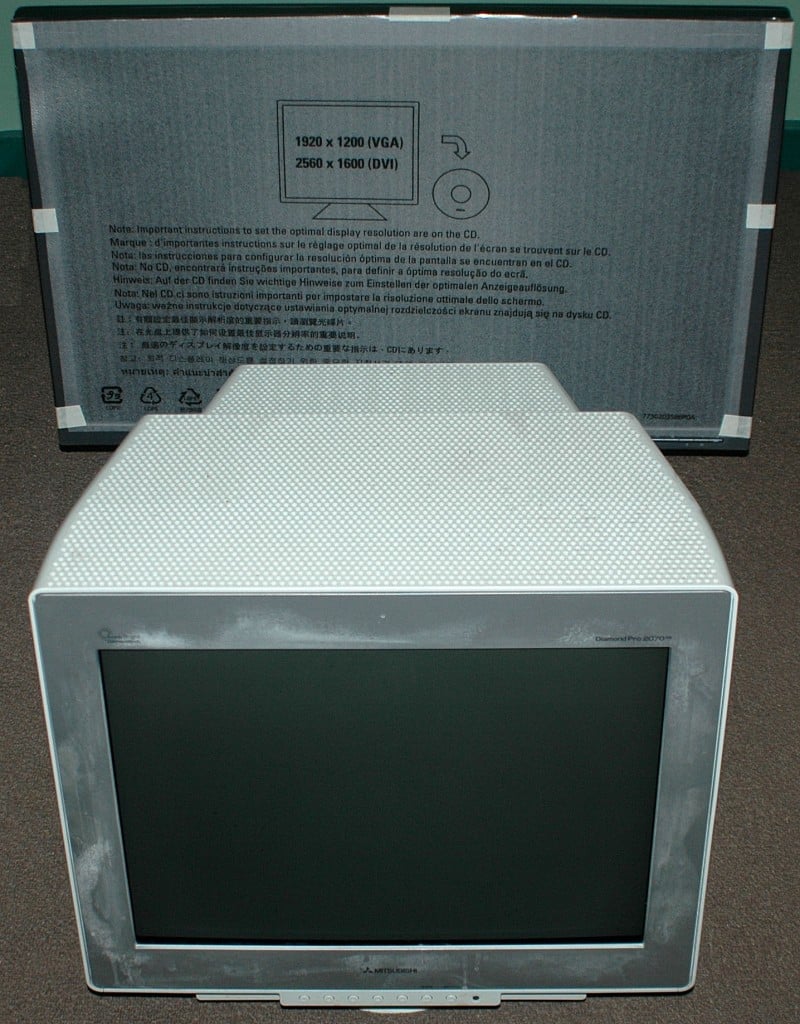 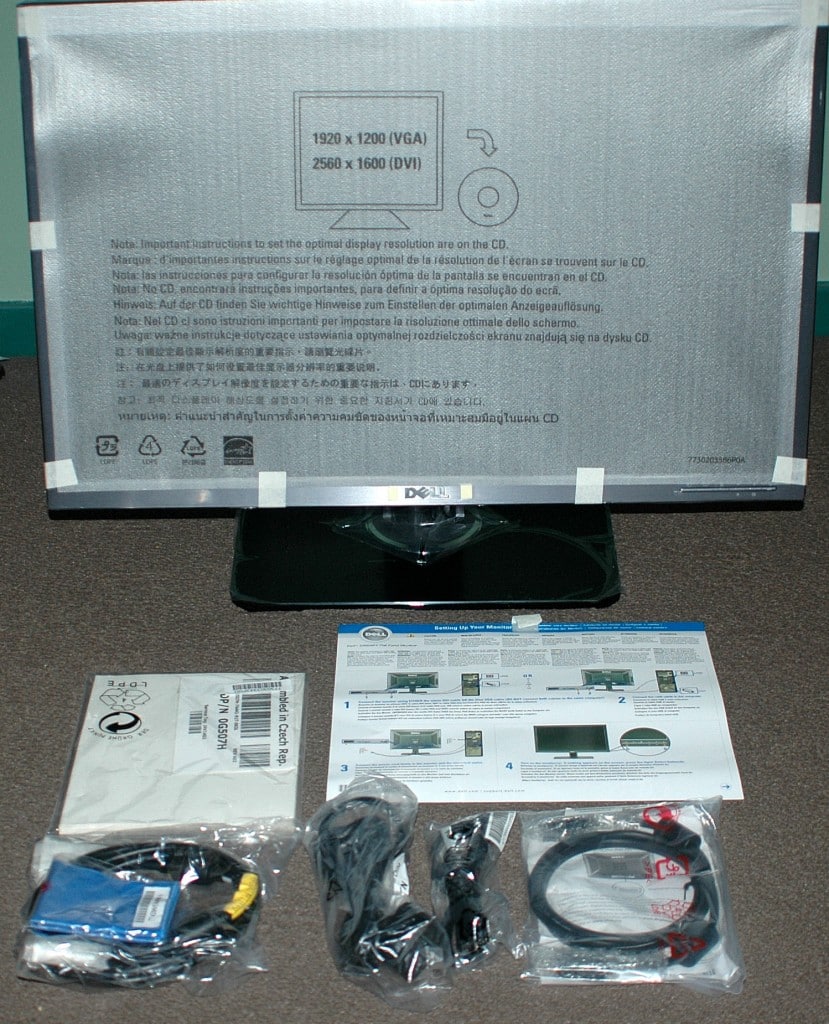 To put this into gaming perspective, here’s a screen grab of Warcraft’s Ironforge Auction House, with all the settings at maximum. (With an Nvidia 285 GPU). 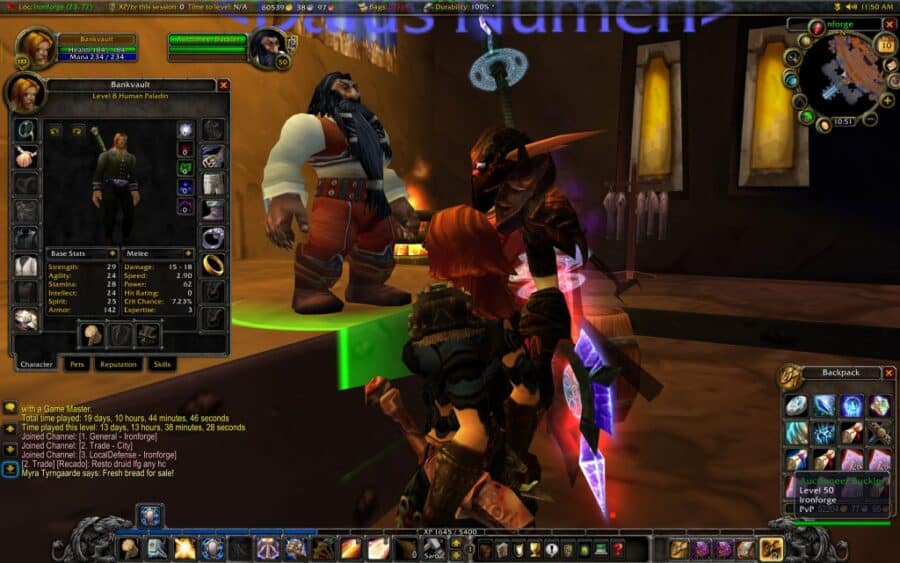 As an aside, and something I’ve commented on elsewhere – Avoid buying extras direct from Dell like the plague.

The price is rising, largely due to the plummeting value of the UK pound, but it is still £500 to £600 cheaper to buy from almost every other online store. Just a look and the screen below. You used to be able to haggle with Dell, now you just get a flat voiced sales rep telling you ‘The price is on our website’. 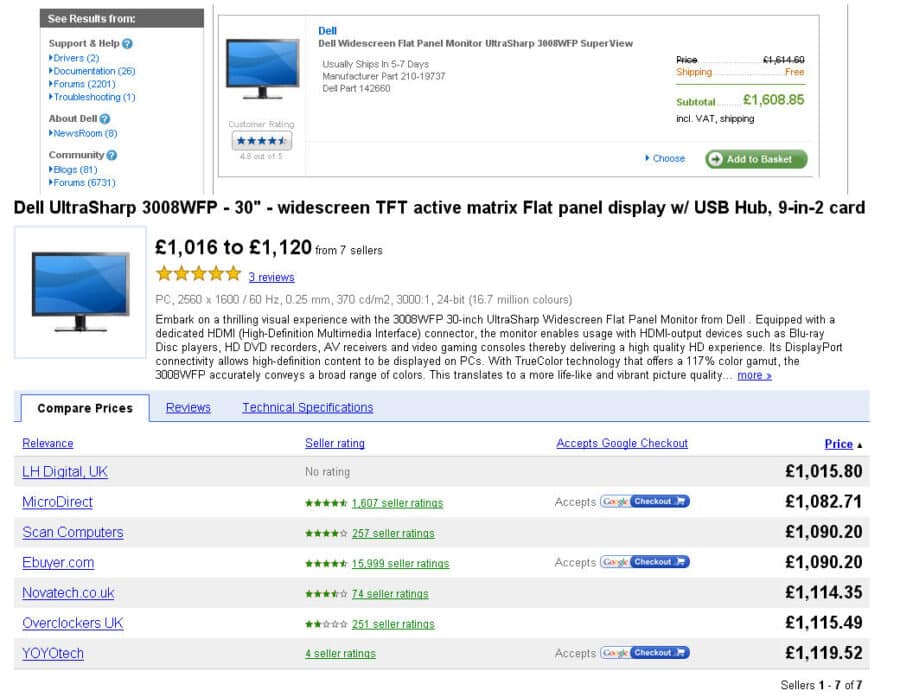