The most dangerous word in the world 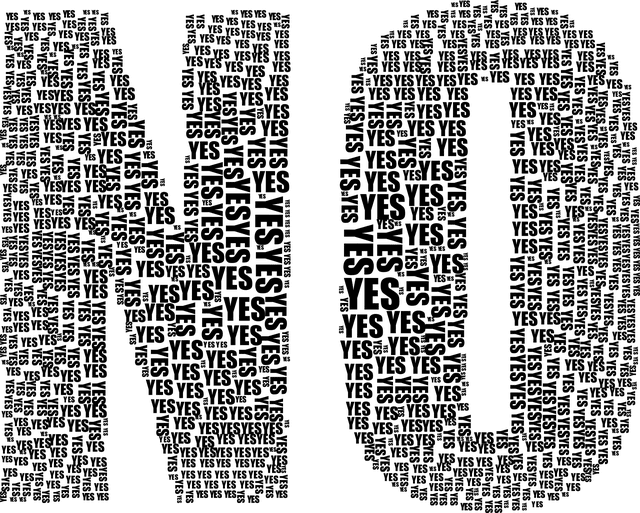 The post in question, entitled ‘Why This Word Is So Dangerous to Say or Hear‘, was by Psychology Today and detailed research – using an fMRI – on the cognitive effect of negativity. It happens to be one of my interests and while I’m no expert I have read a large number of books and specific papers on the subject. (You know, the ‘proper’ ones, buried in universities and teaching hospitals, locked behind paywalls, as opposed to opinions by people like ‘Clive from Oregon’

Clive, as it happens, is not a scientist, not a psychologist, not even a teacher, he’s an “evangelist”, which in my books is on a par with descriptives like ‘deluded’ and ‘quack’.

In fairness to Clive, the title was click-bait and the writing a bit wobbly, and needed better provenance, but it was just a filler piece, so I’ll let that slide.

Regardless, our lay preacher’s response was that:

“No word can make you feel anything. All feelings, emotions, desires, and actions are a choice. We assign feelings, not the words.”

The article literally says that words DO make you feel things. How we react to words, that’s another matter, but the point is, my entire point is “we react”. Yes, perhaps we do assign feelings, but there’s a back catalogue of rules that make that choice.

At first I was just a tad snarky, and replied:

Psychologists and scientists, with research backed up with the latest fMRI: “Negative words affect you, affect your brain and your brain chemistry, the effect is real”
Gerald, an evangelist, a lay preacher from Oregon: “Poppycock! What do they know!”
Sorry, Gerald, I’m going to have to go with science, here.

Then I read more of the posts and it just rattled how annoying his dismissive assumption was, hence post below.

To all the muppets – like Gerald Clive (above) – who believe they ‘know’ better, the science is real.

Caveats do apply, ‘cos there is nearly always a ‘but’ and ‘exceptions’ and ‘other factors’.

In the comments (there) you will encounter people like Gerald… (Can we a have a ‘Hallelujah’, brothers and sisters, God is with you!)… who believe they know better. They do not.

You will read of others sharing their life-story and how, after leaving an abusive relationship, found peace and self-love… For them, and them alone, their ‘story’ is true. Maybe you can relate, maybe you can’t, but it was their experience. It is true for them.

But when they say “I am stronger now” what they are actually saying is “I am stronger, now (not like before).” They won’t mention wee things like the newly found grey hairs, or frown lines, or the way they avoid certain things. people or places. Still, if they or you are in a happier place, well done you.

There again, you will read of others that are still in less than ideal situations – authoritative parents, abusive managers, controlling partners… The raw end of the deal.

Perhaps the story changes, but the facts do not. It changes you. Negativity (in all its forms) changes you: physically, mentally, emotionally, even at a biochemical and genetic levels. (Positivity is largely the reverse, of course). The longer it goes on, the greater the effect. .

But let’s not forget caveats: frequency, intensity, duration, age, resilience, susceptibility, support, breaking points, and a hundred more factors.
We can – for the sake of this article – ignore all the rest that often goes with negativity. (In bad relationships it’s rarely just words…)

Take children. Being told “NO!” is part of good parenting (as well as bad). Somewhere along the lines the kid will decide they know better and maybe lick the plug socket anyway. No can be a positive as well as a negative, seen thus. But being told “No” to everything…

We have a neighbour, single mum (degree educated), three little girls. Day in, night out, screamed through the walls, we hear things like:

“NOOOO!”
We hear, “FIVE, FOUR, THREE, TWO, ONE!!!!!!”
We hear “Can’t you lazy …. get yourself ready for school, why do I have to get up for you” (Hint: they are toddlers, she’s talking about nursery, not secondary school).
We hear “YOU RUINED MY LIFE” screamed at the toddlers (then she has another baby). Rinse and repeat.

You get the idea. Three little girls who, their whole life, have been fed a diet of negativity. Kids are profoundly resilient, but negativity exacts a toll.

Suppose you are an adult, you’re stronger, right. But work is hard to find, you have bills to pay, and your manager is a complete arsehole. To everyone, but he’s singled out you especially ‘cos he ‘senses’ weakness. Shift after shift, month after month, he tells you that you are “THE worst employee”, that you are “useless”, how when he was in sales he made 3x the conversions you make, that “you are pathetic”.

But it’s alright, they are only words. “Sticks and stone may break my bones, but names will never hurt me”. Right? Deep cuts can scar, but the pain fades quickly. Broken bones can be reset and bind as strong as ever.

But words – memories of words – they can resonate for a very long time. “If you let them”. You are right, that person was just an arsehole. Until the next person says it, and the next, or the same person says it so often you believe it.

Facts are always facts, but ‘the truth’ is whatever we believe it to be.

(One of the dictionary definitions of truth is: “a fact or belief that is accepted as true.”)