The Dark Side of Television 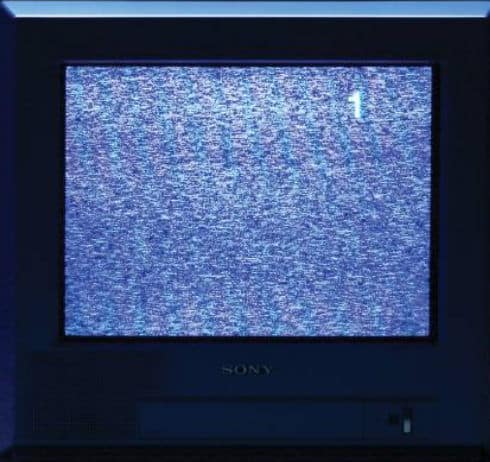 The Dark Side of Television

Personally, I don’t watch much television, neither does anyone else in this house. Several reasons for this, not least of all the amount of time we all spend of computers and, moreso, the fact there’s beggar all worth watching! Adding up my sci-fi series and the odd movie premiere, it unusual for me to watch more than three hours a week. Typically I watch 45 minutes television a week!

My children used to watch children’s television on a Saturday morning, but after seeing a few hours of constant adult innuendo’s, dysfunctional games and general yobbish behaviour I have banned them from it! When I was a kid children’s television was the like of Black Beauty, Bill and Ben, Swapit Shop and (at its worst) the rather chaotic Tiswas. Now? In the UK at least, it seems to involve young presenters hinting at what goes on in the changing rooms, appalling use of English and grammar and – taking one game as an example – encouraging brats to pretend to vomit into a bucket, the most authentic one winning the prize.

As far as I’m concerned, the TV is degenerative and getting worse by the decade. And no, it’s not just me being an old fuddy duddy…

I’ve seen similar reports several times, but a recent article by Dr Aric Sigman brought it all to the fore. Here is a bullet list from his article in the Daily Mail (October 1st 2005), citing, amongst others, ‘Chinese Centre for Disease Control and Preventation’, ‘The Royal College of Psychiatrists’ and ‘The American Medical Association’.

Viewing even moderate amounts of television:*
*(As little as an hour a day!)

Presumably, the above is based on extracts from his new book, How Television Is Damaging Our Lives And What We Can Do About It., due to be published by Vermillion on October 6th. (ISBN: 0091902606 )

Pretty much – which is as damning a statement about mankind as any – bad news is good news (for advertisers) as it sells copy. The more depression, violent and depraved the viewing, the greater the audience figures. And with every passing decade the moral values of my generation and older are forgotten by accountants and by a culture obsessed with transient luxuries. For my thinking, the media is increasing controlled by executives that think nothing of paying £250 for an expensive wine on a night out, and openly sneer at anyone pointing to their ivory towers and shaking their head at the waste…

Actually, computers similarly have a raft of problems associated with them, but I at least try to temper it by seeing my own kids stick to more educational and mentally challenging games and sites and that they try to read at least a book a week. I think at their age I was actually reading a book every day or so, myself.