If you haven’t seen this series, I thoroughly recommend it. It’s on Amazon prime, YouTube, and various other networks. Seasons 3.5 and 4 are in production, and season 5 is already written.
Visually it’s a bit Cosplay meets LARP, but it just works, and it has it all:
Cowardly, inept mage, a bard, an assassin, a barbarian, a psychotic warrior, an elf ranger-rogue, a drunk dungeon master, a dwarven barmaid and her angry angry orc-lady sidekick, a cleric/paladin/zombie death-priest…

I think I was near the end of season 3 before I realised the mage was called Perf and not Perv, especially when the lady elf caught him watching her bathing and yelled something like, “I’m gonna kill you, Perv”

A friend happily described it by saying, It’s awful, in the most entertaining way

Journey Quest is promoted by Canadian Zombie Orpheus Entertainment and can be streamed on Hulu, Amazon Prime, Youtube and other platforms, such as the Fantasy Network.

Very funny series, Kickstarter funded too. There is a web page, (journey-quest.com), but it just redirects to their Kickstarter 4 campaign at present,

Adding to my “to watch” list are ‘The Strowlers’, and others.

News of Journey Quest 3.5 can be found on Kickerstarter 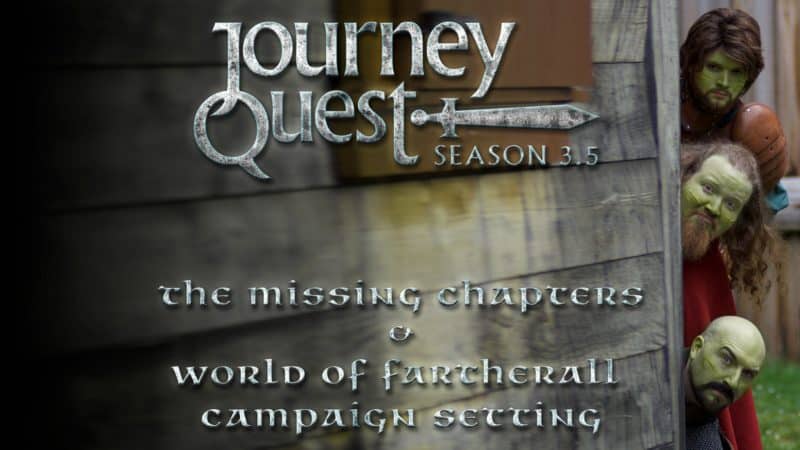 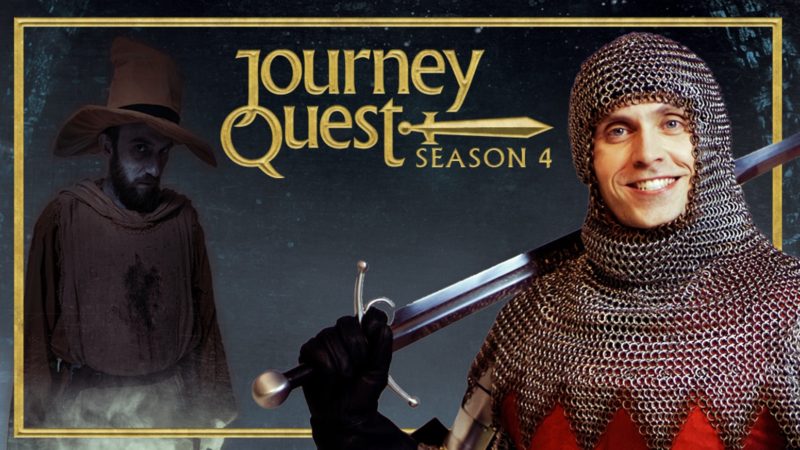 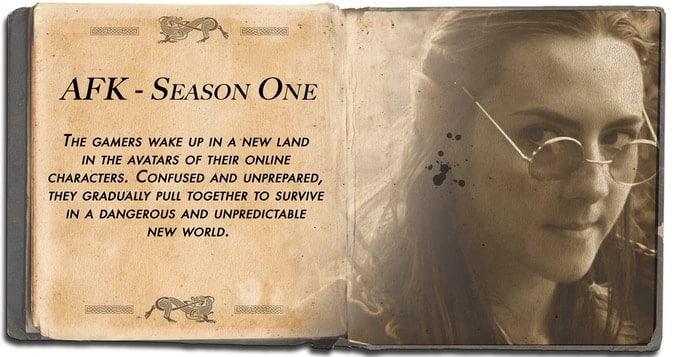 Another worthy of your time is AFK. Season 3 has just been put on hold (‘cos Corona /sigh), but you can catch Season one, two, and 2.5 on various networks, and keep an eye on their Kickstarter page for the season three. On their Patreon page for the AFK web series.

AFK is a web series about a gaming world made real, where the people who once inhabited an online role playing game now find themselves inhabiting the bodies of their characters for real. It has streamed on Amazon Prime, The Fantasy Network, Stareable, TVNZ and Air New Zealand, gaining thousands of loyal followers along the way.

Official website: AFK Web Series
“AFK is a gaming / fantasy web series that follows the misadventures of a group of gamers who mysteriously wake up in the bodies of their MMO characters. Gender swapped, confused and out of their element, they must work together to survive in a hostile new world.
Filmed entirely in New Zealand, home of Lord of the Rings and The Hobbit”

Peter Haynes is a filmmaker based in Auckland, New Zealand, and director of the Award winning web series ‘AFK’. He enjoys leatherworking, costume design and hitting people with foam swords.

Finally, for now, we have Washington (state) based Dead Gentlemen and their ‘Gamer’series are worth a look over too. Not as good as Journey Quest, but interesting in its own way, with series like ‘Dorkness Rising’.Some of these productions are over 20 years old – and it shows, in the video quality – uut don’t let that put you off. Or the occasional amateurish acting. They get better over time, so it’s interesting to see that, too.

The Gamers is sort of a reverse of AFK, where characters from a fantasy world find themselves inhabiting modern Americans. The barbarian becomes a jock, the rogue an accountant, the wizard a marketing person. you get the idea.

They also created another series, ‘The Demon Hunters’, which I haven’t watched yet, an omission I intend to correct soon.

An irreverent RPG where you and your misfit crew of Demon Hunters must save the world from the forces of Evil. Yeah, we’re screwed…