Day one was horrendous, barely usable, but they turned that around in a day, albeit till a tad unsettled from time to time. But there are so many great things in the 3.02 patch…

And bugs crawling out all the woodwork.

More annoyingly, the GMs don’t appear to be answering people. The best you seem to get is a generic response from central support – not server specific.

Here’s the one that’s really annoying me – and several others, it seems:

This is ANNOYING. This is the 3rd time I’ve had to report this, with no action taken, especially as this is a known bug!

Name: *********
Server: Aerie Peak
Time: Current, since last patch
Issue: In auction house I keep getting this message – “You cannot auction an item with used charges”

Affected includes: Four of Portals, a BoE Jingling Bell, a Mechanical Yeti (passed to alt) and a Disgusting Oozling – now bound to me so I can’t sell it at all !

Not just me, I Googled this, and it’s not due to add-ons or anything. It is a known bug they haven’t gotten around to fixing. It also affects – randomly – any and all vanity pets, the Darkmoon cards and deck and, bizarrely, the white, wieldable fish!

You can use them, post them to someone else, or trade them with another player – but you can’t sell them in the Auction house because it thinks it is a spent item!

One other bug – Warriors are loving – is you can re-spec, dual wield to two two-handed weapons, then respec to a better build and keep the weapons in hand for completely imbalanced damage.

Another bug – an exploit I’d never try for the risk of an account ban – allows you to trade soulbound items to other players!

While necessary, the constant hot patches and server reboots are very annoying, especially if you are in an instance. Just as annoying is the fact, you can’t log back in after the reboot – often for hours at a time.

I’m getting a lot more typing done on the plus side. Back to the Inscriptions guide, I guess… 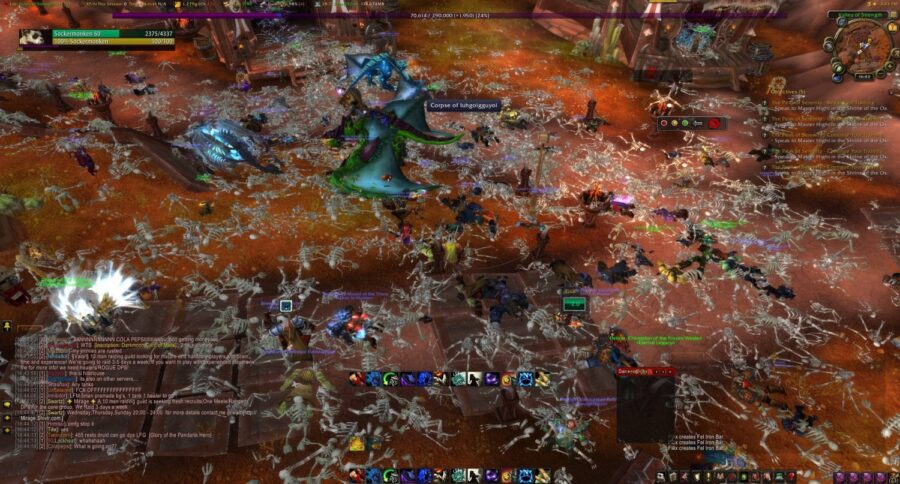