I’ll probably insert the screengrabs tomorrow, but suffice to say I am making up to 2,500g an hour simply levelling fishing from 450 to 525 on alts.

Today, on my druid, I made over 9,000g – just fishing – while reading email, tweeting and catching up on some blogs. Well come on, you have to do something, fishing for any length of time is mind numbingly boring! If you multiply this over ten alts, I’ll have made close on 100,000g by the time I’m finished, and that’s just levelling for Illustrious.

What fishing level do I have to be?
Same as everywhere else – just 1. Nor do you need anything more exotic that a simple fishing rod, though lures, etc will help.

What character level do I have to be?
As there’s no aggro mobs in range, it’s possible to start at level 1, but you’d need a warlock friend to summon you. Stepping in the lava by accident will of course instantly kill lower level toons.

A realistic minimum is level 60, required to buy the Flight Master’s License, allowing you to fly in Azeroth.

Where do I have to go and what do I have to fish for?
I gave it away above somewhat with the point about lava. You will be fishing open lava and, as they spawn, Pools of Fire for Volatile Fire.

If you are specifically farming the mats, Twilight Highlands may be more efficient as you can also kill the fire elementals, but as this is about a lazy way to level fishing and get a lot of gold for it you want to head to The Throne of Flame, Mount Hyjal.

Maybe 1 in 20 casts in the open lava will yield the Volatile Fire, but every 12 to 15 minutes four pools will spawn, giving you up to 100 Volatile Fire an hour if there’s no competition. Prices will vary from server to server, but at the time of writing they hover around 25g each, so up to 2,500g per hour, plus the grey Melted Cleavers, which vendor for 5g57s each.

Below is the best spot to camp, waiting for the pools to spawn. If you imagine it as a crescent moon, you can see all four spawn sites from this spot here (51,77). All the same, still a good idea to fly around the area every 10 or 15 minutes to double-check. 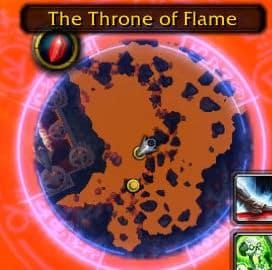 I was there for a few days and generally it was empty, or maybe one person would stay for half an hour. Occasionally though it can get crowded, especially of a weekend. 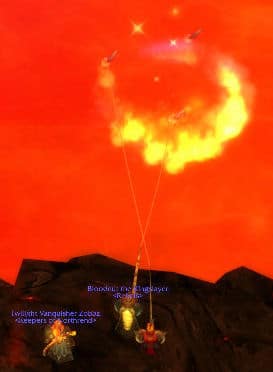 The skulls and bones you fish I just throw away, the coal too, sometimes, but the melted cleavers add up nicely over time. 5g might be nothing to some players, but when you fish 40, or several hundred, as I did, it soon adds up to hundreds, even thousands of gold. 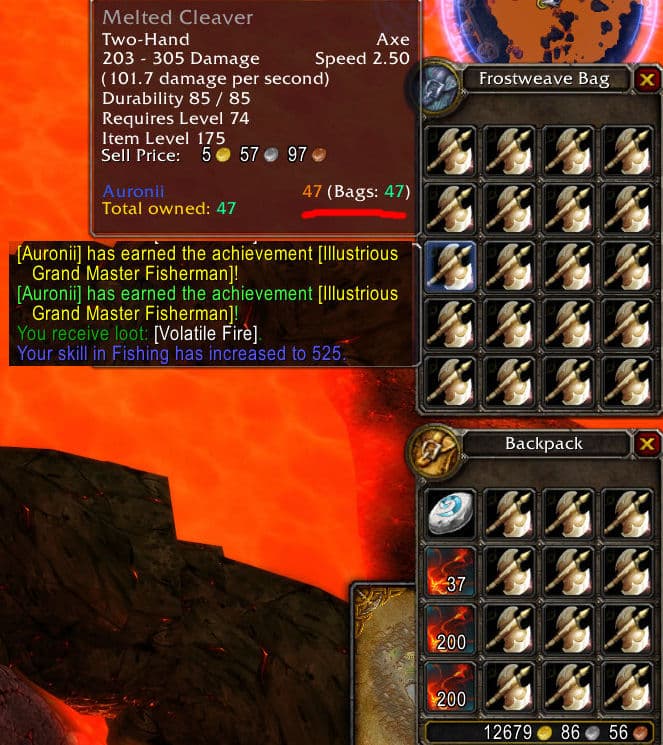 Having mining helps too as there’s a couple of obsidian nodes. Typically, levelling 450 to 525, my mining alts average 5 stacks of ore and a handful of gems each. 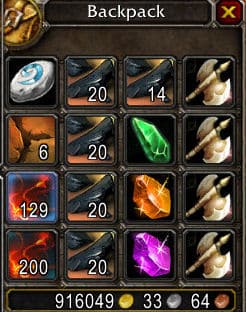 Finally, the proof in in the eating, as they say. I only levelled a few of my alts this way, the rest levelled farming fish for cookery, but as you can see below, over the few days I was doing this I acquired over 2,000 Volatile Fire – 40 to 50,000g worth… 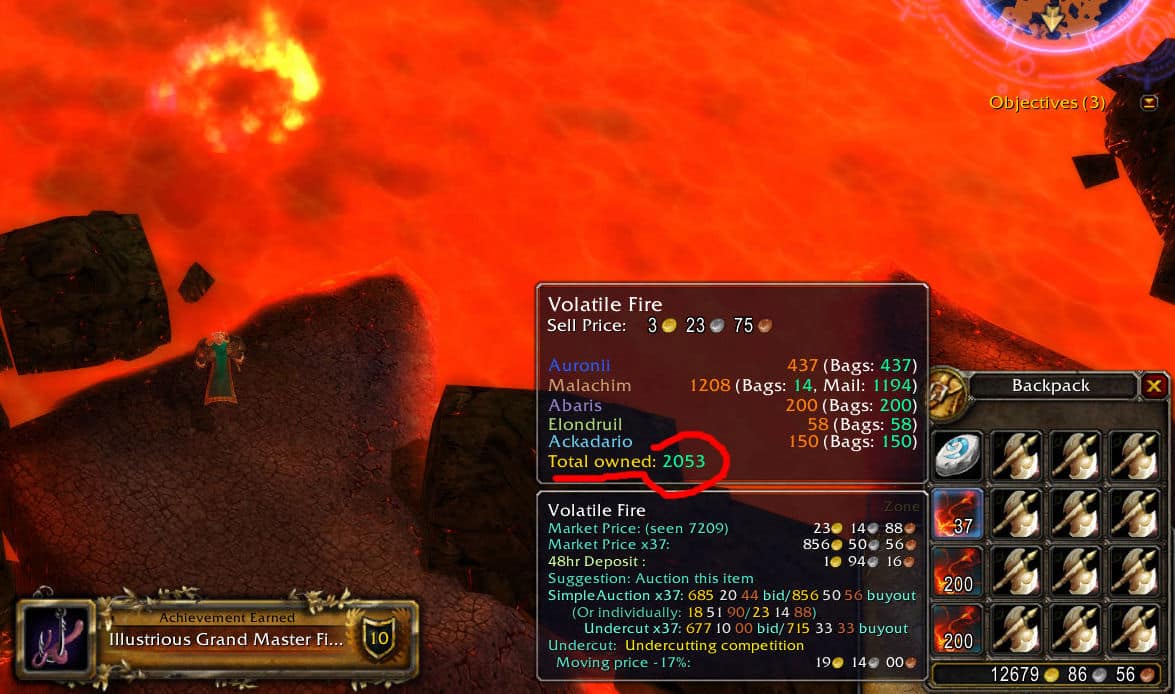 [Note to Trolls, yes, I know I said I was going to quit. I did cancel the other account. Will soon stop playing though as I’ve almost exhausted the game!]