Comedy is like any other commodity – it can me marketed. And like any market the style must suit the targeted audience. The approach to a television show like ‘Carrott’s Lib’ is different from that of his theatre shows and different again from the form used in his books.

The greatest difference between his books and his shows is feedback. Without discourse, the actual wording in both versions is very similar. Yet it is this participation with the audience that makes all the difference.

In a way that is difficult to define, but probably accounts for his popularity, his method of address is such that he seems to draw you in. That he is speaking to ‘you’ the audience, and to ‘you’ yourself. Whenever possible he tries to identify with the public personally. Examples of this are numerous but include the following:

The use of "y’know" as in ‘you know this, you know what I’m trying to tell you,’ is an important part of his act is used to prompt the audience to laughter.

The second example is particularly significant as it relates specifically to his midlands audience. This is because the punch-line is subtle and localised – Sutton Coldfield is some distance north of both Coventry and Solihull. 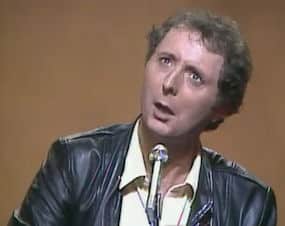 In the final example he comments to the audience to draw them in. then, wittily, mimics them asking each other if he really bought his mother-in-law a house in Iran. Finally he (insincerely) apologises for taking the mickey out of them.

By necessity his delivery for his stories is more clipped. Yet he still keeps to a very informal, easy style, kept very much in the first person. He is talking to you about what happened to him during the episode with his mother-in-law. For instance: