Adobe gets Creative to rip off the UK – again! 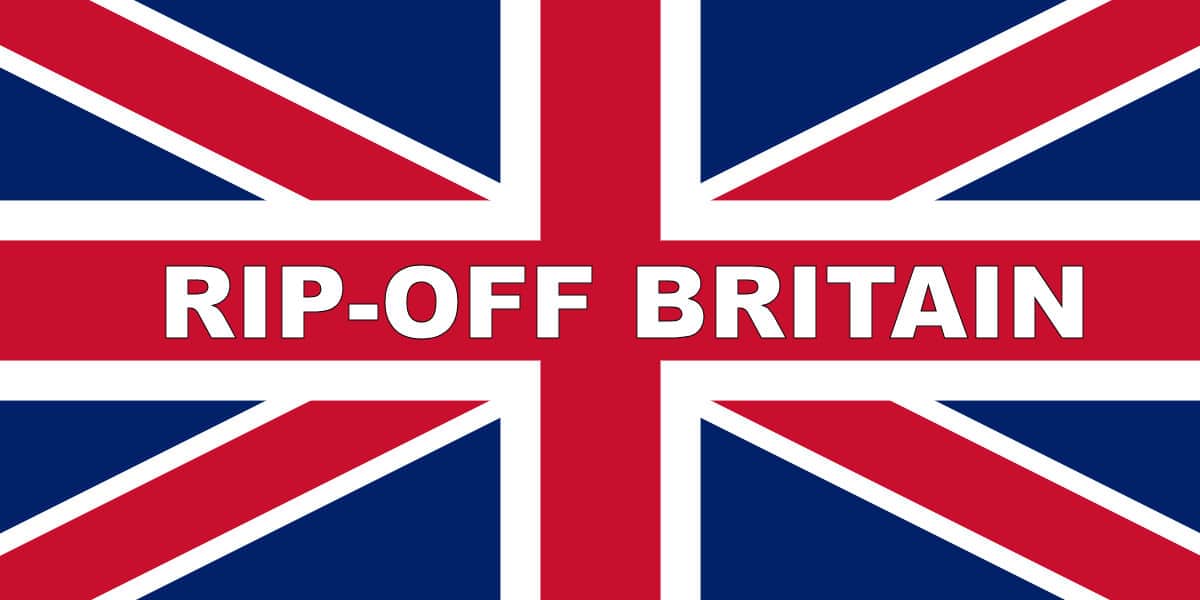 And here were are again!

Adobe, disgracefully, still use the horribly misguided $1 = £1 regime to gouge, to steal almost, an extra 40 to 60% margin out of the UK – for an identical product.

You can open the screengrabs below for a better look, but here’s a snapshot:

The UK prices do include VAT (US tax varies from state to state), but that only accounts for 20% of the 60% hike.

Adobe software prices for 2013: US

Note the price hikes across the board, for the exact same software. The premium for living in the UK. It’s the same software, but they argue it’s “the cost of doing business” over here and actively block all attempts to buy with, for example, credit cards issued by European banks. Grey imports my ****, it’s just another sharp practice to price gouge customers.

Only a short post this, but one I feel rather strongly about. It’s not just Adobe, of course. Apple and many others seem to think that the UK and Europe, in general, are fair game for what I and many, many others think are unfair and sharp practises that amount to profiteering.

It Begs the question as to why they are allowed to get away with it. All I can say is a lot of hands got greased, if you know what I mean.

This post came about as I answered some BS claim by the BSA* that piracy costs companies like Adobe and Microsoft around $85 billion dollars a year in lost revenue, the fine print in the proof being based on assuming people only ever pay full retail price and that a tiny, tiny number of people questioned were representative of the whole world. Ludicrous really.

*(BSA stands for Business Software Association, but their manipulation of statistics in their favour tends towards a different acronym for the ‘BS’ part, one involving bulls and natural waste.)

Anyway, I’ll let you make your own mind up if you agree with me that Adobe is ripping the back out of us, based on the following facts.

The package I chose for this example is Adobe CS 5.5 Master collection.

Important to bear that in mind. You are getting the identical package from the same site with the same warranty.

Almost double the price for the same software from the same website, if you live in the UK. Now, you tell me if that’s remotely fair!

Software companies are notorious for claiming “that’s the cost of doing business in the UK”, but I for one do not buy into that as half the time you still get the software from the States and you still end up talking to someone in India for local support. I’m not just picking on Adobe here but making a wild generalisation. The point is, as the screen grabs below prove, companies like Adobe are applying ludicrous markups based on location, with the rest of the world subsidising the good ol’ US of A.